After the Wildcats’ football team played well in the first half and took a lead into the halftime locker room, the Marshall Mavericks roared back with a huge second half of big plays while the wheels came off for the Wildcats in a 50-20 Mavericks win in Marshall Friday night. The Wildcats led 14-10 after two quarters. After Marshall went ahead 3-0 in the first quarter, the Wildcats scored two unanswered touchdowns to go up, 14-3 with 8:31 left in the second quarter. Back Colton Allen put the Wildcats up 7-3 with a 49-yard TD run.

After a fumble recovery by outside linebacker Cason Churchman, Back Searn Rodgers scored on a 12 yard run. Less than a minute later, the Mavs struck back on a 68-yard TD pass from quarterback J.J. Green to receiver Se’Lah Smith. That started a run of 34 unanswered points for the Mavs. While the Wildcats were going nowhere in the third quarter, the Mavs scored on a game changing Green scramble all over the field and TD pass to Tahj Washington, on a Green 72 yard TD run and after a fumble recovery on a Green 8 yard TD pass to Washington. After three quarters, Marshall was now up, 31-14. Marshall was aided by two mishaps by the Wildcats in punt formation. Marshall opened scoring in the fourth quarter as Reshard Jackson blocked a Jermond Bryant-Amos punt that was picked up in the end zone by Marje Smith for a TD. Marshall now led 37-14.

Then the only positive moments for the Wildcats in the second half occurred. Inside linebacker Jaxon Reneau intercepted a Marshall pass. Back up quarterback D’Corian Young ran 8 yards for a touchdown and the Wildcats got back to within 37-20. After Green ran for a 55 yard TD to make it 43-20, Marshall scored one last time on another punt mishap by the Wildcats. A snap went over the head of Wildcats punter Angel Tavera. In his attempt to make something happen, Tavera lofted a pass into the hands of the Mavs Detrevion Macon who ran into the end zone and Marshall led 50-20. That’s the way it ended. The Wildcats are now 0-2 in district play. Their season record is now 2-4 after a fourth straight loss. The Mavs improved to 2-0 and they are now 2-4 for the season. The Wildcats will return home next week to play Texas High, who had a bye Friday night.. 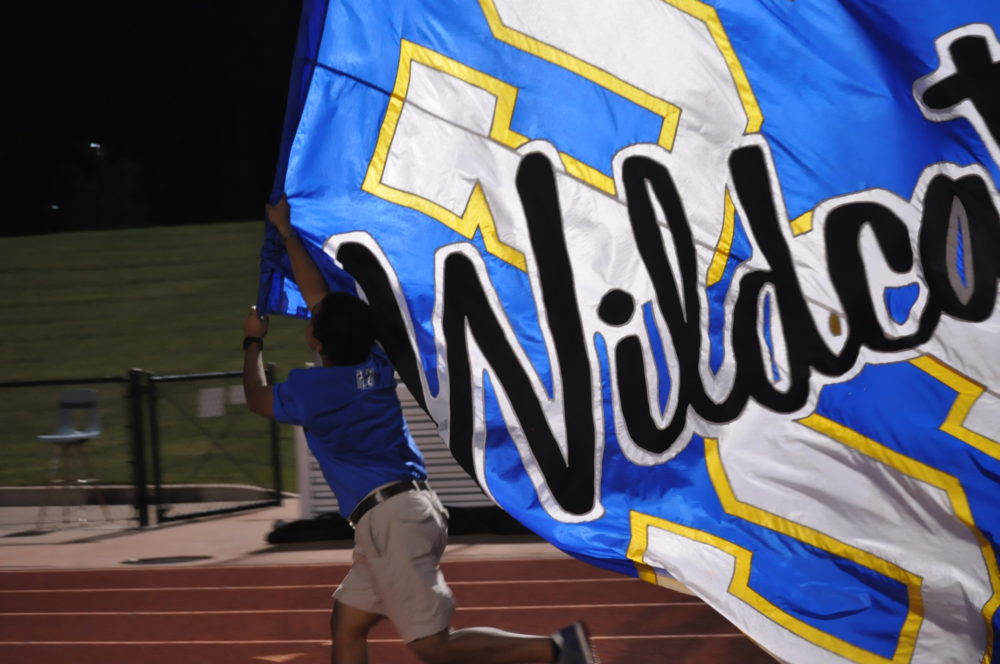