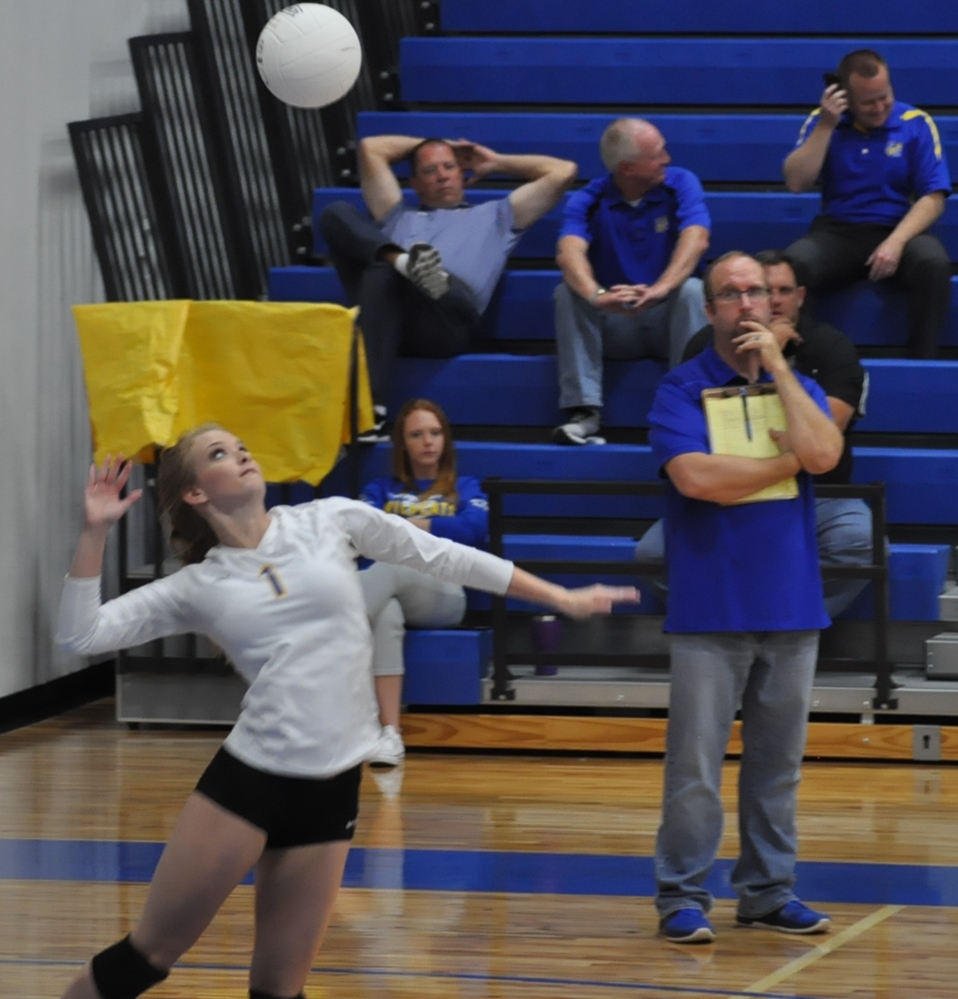 The Lady Cats’ volleyball team continued on their hot roll in district play with a sixth straight win as they swept Marshall, 3-0 in Marshall Friday. It was certainly not easy and Marshall played well at home. Still the Lady Cats prevailed in the first two close sets, 25-22 and 25-20 before putting the Lady Mavs away with a 25-10 win in set three. The Lady Cats improved to 6-2 in district play and 23-12 for the season. Autumn Tanton had another huge game with a team high 11 kills. Erika VanBenthem and Mieke VanBenthem both had 8 kills. Kaylee Jefferson had 5 kills and Madi Vickery had 2 kills. Setter Anden Hammack had 30 assists. The jump serving Lady Cats had 15 big service aces.

Libero Maggie McGlamery had a team high 6, Hammack had 5, Tanton had 2, and Imani Taylor and Sadie Stroud had 1 apiece. McGlamery had a team high 8 digs. Stroud had 7, Erika VanBenthem 6 and Hammack 4. The Lady Cats now have two matches in a row at home. They host Greenville Tuesday night and play district leading Texas High Friday in Wildcats Gym.