The big word for the day Monday for Lady Cats Volleyball Coach Justin Maness was “exciting”. That was his assessment of the Lady Cats 3-1 victory over Texas High Friday night at Mount Pleasant that earned the Lady Cats the district championship and the district’s number one playoff seed. The Lady Cats lost the first set before winning three sets in a row to get the victory.

Next up for the Lady Cats will be Wylie East, fourth place finishers in rugged district 15-5A. Coach Maness said they were a good defensive team with a good setter and a good outside hitter. He said they weren’t all that tall but he said they play well. Coach Maness said the Lady Cats would have to show up to play Tuesday night. The bi-district game is at Royse City Tuesday at 6:30 p.m. 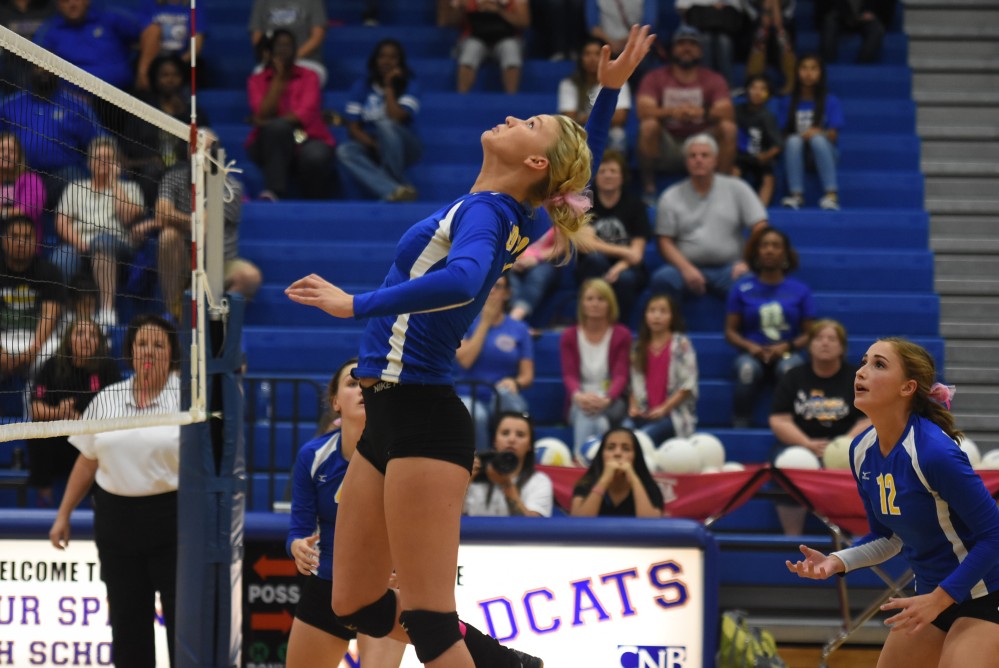