It’s a good situation for a coach to have. It seems that no matter who Lady Cats Volleyball Coach Justin Maness puts on the court, they do a good job for him. He said that’s part of the consistency he is seeing now on the court. Coach Maness said Mieke VanBenthem is really finding a rhythm right now. She had a team high 11 kills with no errors in the Lady Cats dominating 3-0 win over Marshall Tuesday night at home.

The Lady Cats won their third straight game and are now 3-2 in district play. Coach Maness said his team missed more serves than he would like to see Tuesday but he did like the twelve aces Lady Cats’ servers had. Several servers had long runs of points. Erika VanBenthem had seven consecutive serves for points and Maggie McGlamery had five. Coach Maness said the solid serving disrupted Marshall’s passing and got them out of their system. The win Tuesday night was the Lady Cats’ twentieth of the season.

Coach Maness said one of his minor goals each year is to win 20 games. He would like to see his team get close to last year’s school record of 30 wins. The Lady Cats play a tough Pine Tree team in Wildcats Gym Friday at 4:30 p.m. Coach Maness wants his team to finish the first half with a win to stay up near the top of the district standings. 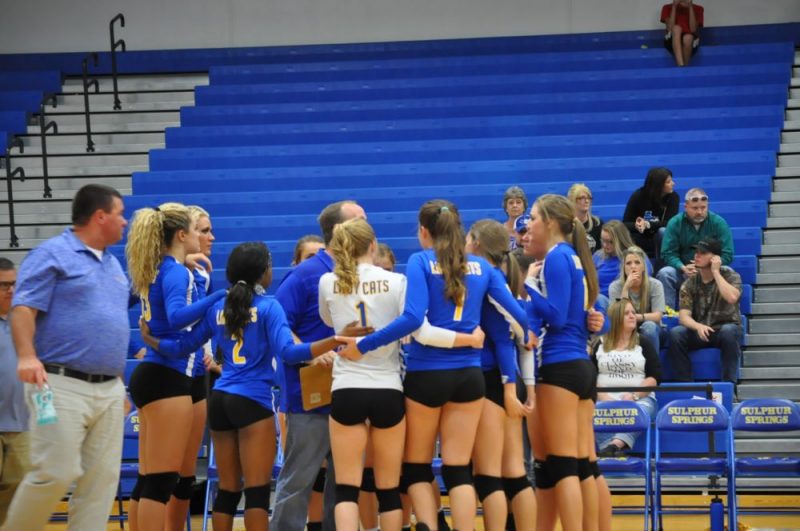