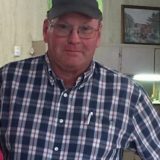 He is survived by his mother, Nancy Emerson; sisters, Donna McDaniel and husband Les of Brookston, TX and Nancy Ann Schultz and husband Chuck; and brother Roy Wayne Emerson and wife Dianne.

Billy was preceded in death by his father; and brothers Larry and Jerry Emerson.