The Wildcats’ marching band marked the end of summer band practice with their annual Squad Off competition Thursday evening. Band Director Charles McCauley had to resort to plan B. The Squad Off took place an hour later than scheduled due to a conflict with a Middle School event. Also it took place in the high school main gym due to a wet practice field. McCauley said he’s had a lot of plan B’s this summer due to frequent showers.

The band has been in the Multipurpose Building six or seven times and they even had one practice in the main high school gym. McCauley said this year’s band has handled everything that has come their way. He said a great crowd of parents and boosters showed up for Squad Off Thursday evening. McCauley said the gym at times became quiet and tension mounted. This was especially true as the percussion and clarinets were the only two band sections left marching. Percussion ended up winning. McCauley liked the fact that when they won, they just stood at attention without reacting. He said that showed great pride and discipline.

In the close quarters, the band played the first part of this year’s show, Five. McCauley said plan A had called for the band to play and march. He said they were ready to do so. He said the first part, featuring the classical music of Mahler and Prokofiev, was difficult both to play and to march. The band will continue to refine it for the first football game. McCauley said when the band gets it all together, it will be impressive for judges and the crowd alike. By game two, the home opener at renovated Gerald Prim Stadium, he expects the band to play the first two parts of the show.

The band will start on part two Monday. McCauley said the band was right where he hoped they would be by now. 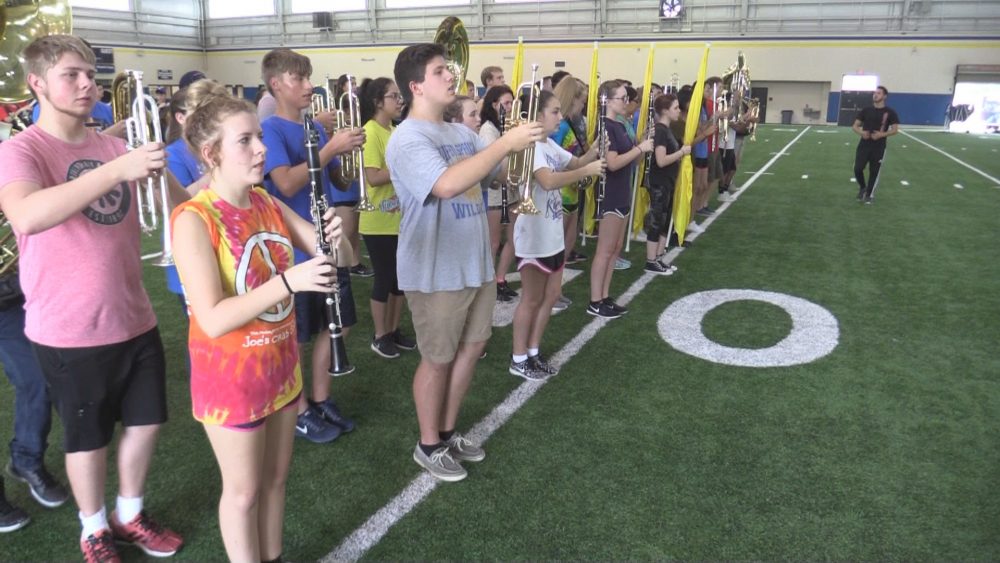