The Lady Cats’ volleyball team opened the regular season with a rare win over North Lamar and a five-set loss to Sherman at home Tuesday.

Against Sherman, the Lady Cats almost snatched victory from the jaws of defeat. At first, the Lady Cats got off to a strong start scoring the matches first four points. They got some key points late and took a 25-22 win in set one. Then a good Sherman team, loaded with volleyball club players, seized the momentum in a big way. It started with the team’s tied 17-17 in set two. Sherman ended up with a 25-19 win to even the match at 1 set apiece. The Lady Bearcats continued to play well getting a 25-14 win in set three. In set four, the Lady Bearcats appeared poised to take the set and the match. They led 21-14 and needed just four more points. Then Autumn Tanton began to serve for the Lady Cats. She had ten straight successful serves as the Lady Cats scored the set’s last 11 points to take an unlikely 25-21 win. Both teams now had two sets apiece. Sherman returned to their dominating ways in set five taking the set and the match with a 15-9 win. Coach Maness said he was impressed with the play of Tanton, Lexie Whisenhunt and Kaylee Jefferson.

The Lady Cats have had only two practice days so far. They will double that with practice sessions Wednesday and Thursday. The Lady Cats play next in a Garland tournament Friday and Saturday. Their pool includes South Garland, Mesquite Horn and Carrollton Newman Smith. 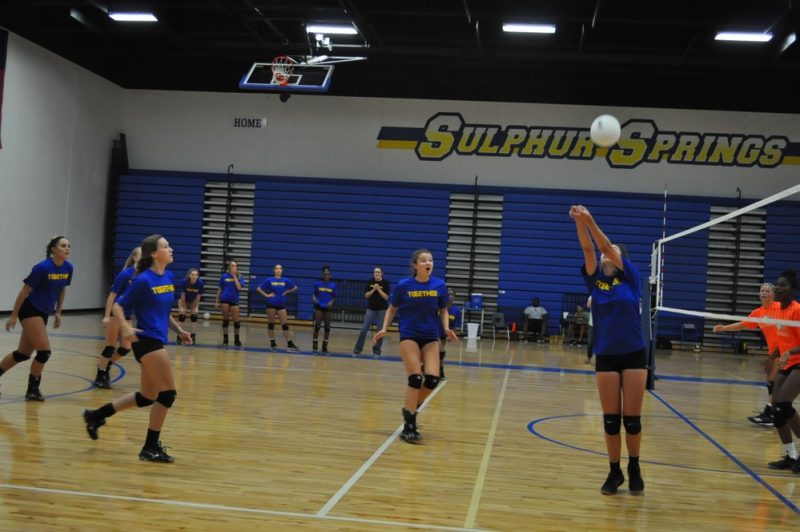