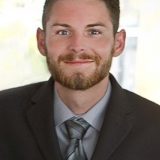 Christopher Hubbert, 31, of Commerce passed away on Thursday, August 3, 2017, in Commerce.

Christopher was born in Dallas, Texas on October 1, 1985, to Karen Stovall and Michael Robert Hubbert. He was a graduate from Commerce High School and Texas A&M Commerce with a degree in business. He was an Mortgage Underwriter. Chris was an avid golfer and sports enthusiast, and loved being out-of-doors. Last year Chris fulfilled his life-long dream of backpacking through the Colorado wilderness.