Wildcats’ football season tickets for this season have all been sold as of early Thursday morning (August 3) making it the earliest sell out ever and only the third sell out in history. Season Ticket Week Coordinator Lynette King said the last of the 1379 season tickets was purchased at 8:45 a.m. Thursday.

Season tickets were also sold out in 2009 after the 2008 state championship and in 2010. The first person in line Thursday morning arrived outside the high school at 2:30 a.m. Doors did not open until 8:15 a.m. Ms. King said only 29 season tickets remained for sale Thursday morning. There were a few together in twos and one with three together but Ms. King said most of those left were single seats. She said all this week it was apparent that everyone was excited about the new Prim Stadium, the new season and the chair back seats available to season ticket holders. 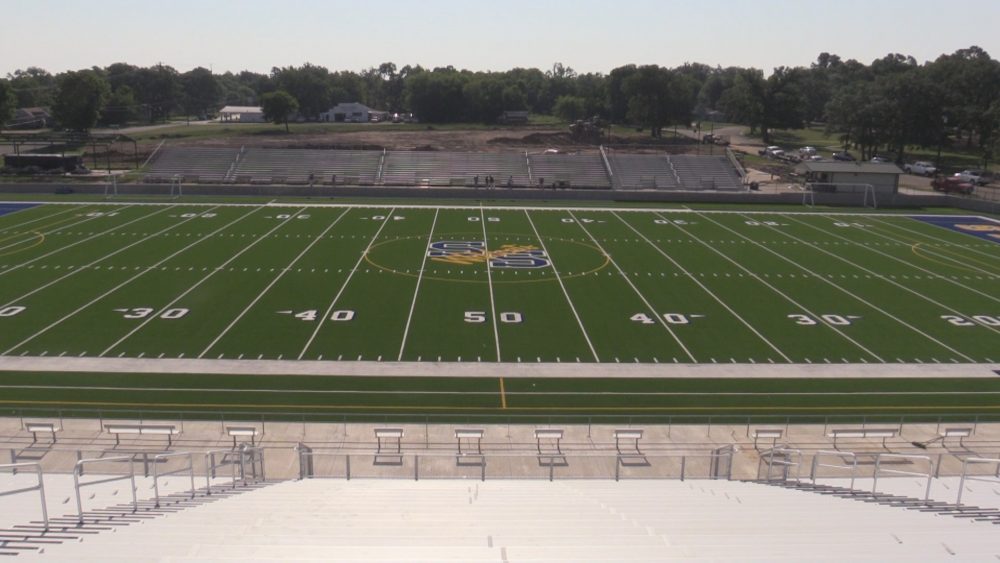