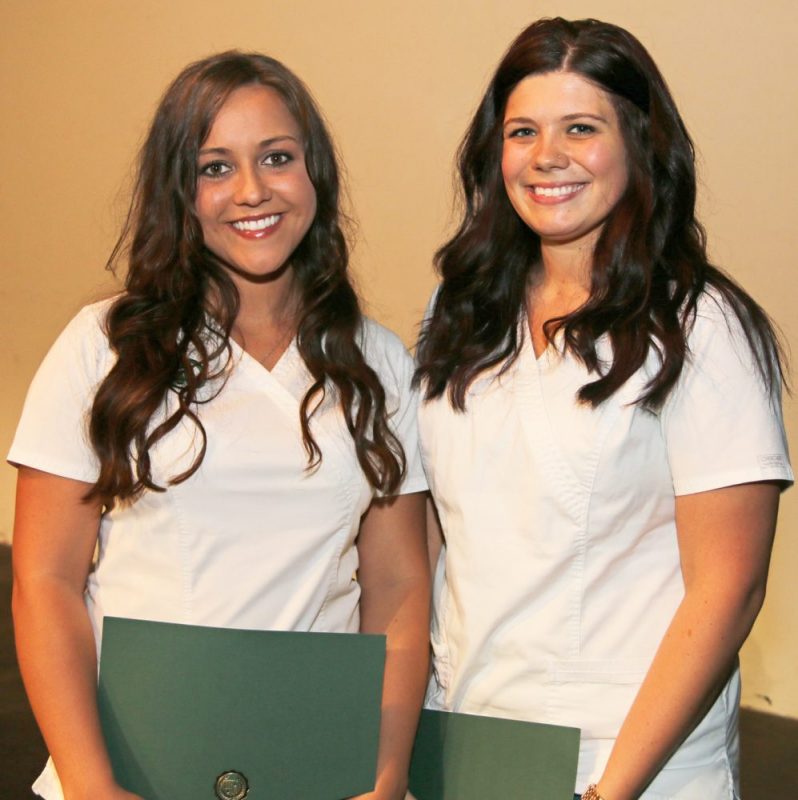 During the vocational nursing ceremony, the Hopkins-Nicholas Award for outstanding performance in both classroom and clinical training went to Brittany Hall of Longview. The award for highest grade point average went to Stacie Wheeler of Paris. Brooke Nichols of Paris received the Metamorphosis Award for exhibiting the most growth since the beginning of vocational program.

At the associate degree nursing student ceremony, the Academic Achievement Award for highest grade point average went to Katie Harrington of Paris, who also received the Student Choice Award that is chosen by peers for the student best representing the nursing profession.

The Outstanding Clinical Student Award was given to Sarah Merritt of Paris. The Metamorphosis Award for exhibiting the most growth through the entire associate degree program went to Anna Watson of Paris.

Louisa Kessel, St. Joseph’s Community Foundation Executive Director, congratulated the pinning candidates and presented them with a rose at each of the ceremonies held by PJC’s nursing programs.