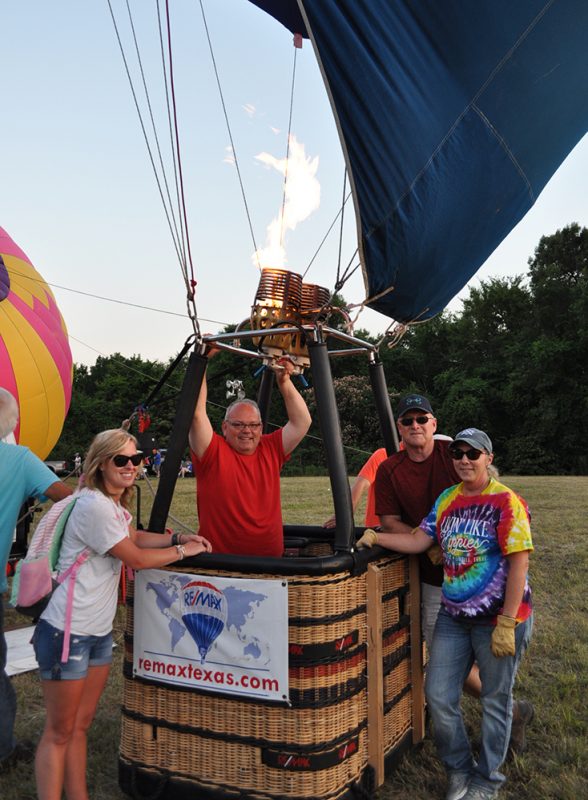 Steve Lombardi, Houston pilot for the ReMax balloon, talked to KSST about how he got started as a hot air-balloon pilot. He originally flew private airplanes, for 29 years. “The crew and friendships make flying worth it.” There is a Remax office in Sulphur Springs and Lombardi was asked to be the balloon sponsor.  The farthest he’s ever flown was 60 miles, and he enjoys competitive balloon events. He didn’t have a lot of training because of his prior knowledge of flying planes. 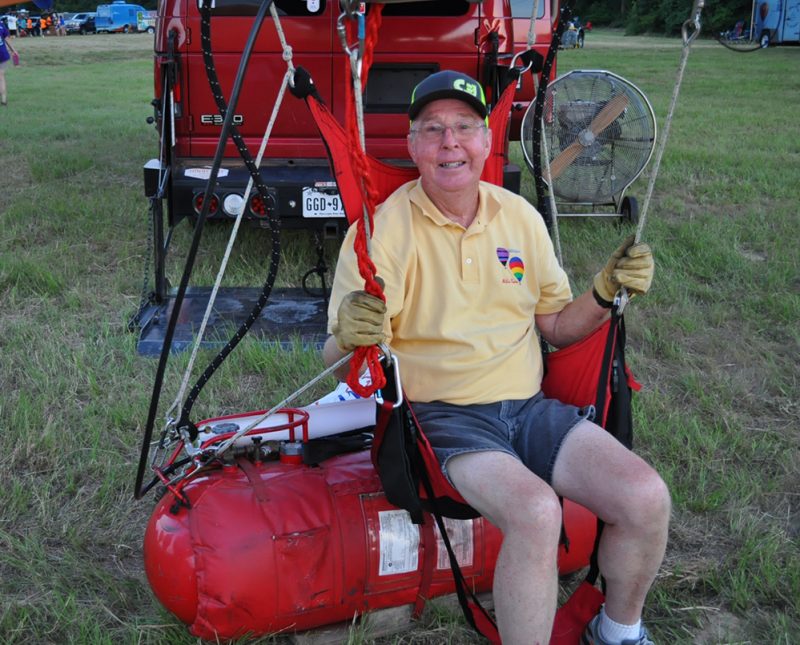 Bill Adler, Longview pilot for the Wildfire balloon, has been flying for 16 years. His wife wanted to ride a balloon and in 1996 he got her a ticket to fly. He never got in a basket until 2000. Adler said he used to be afraid of climbing ladders, but now flying hot-air balloons has helped him overcome his fear of heights. He now has 3 balloons: a 31,000 cubic ft balloon, a 56,000 cubic ft balloon, and a 77,000 cubic ft balloon. Adler and a Friend decided to create a “Hopper” chair instead of a basket, and the unique design is experimental, and rare to find. But they registered the balloon chair, with the FAA and it has an official “N#” like most aircraft and planes. Adler even says its easier to fly and land the chair than a basket! 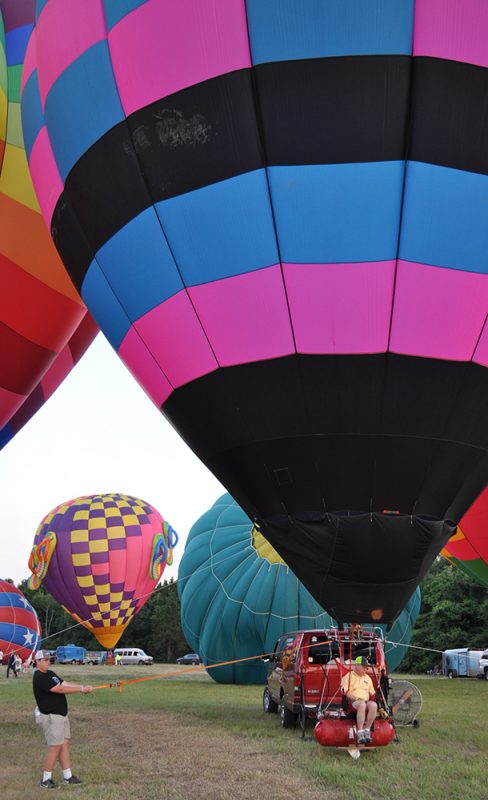 Scott Vesely, has been flying for 35 years. His dad gave his mom a balloon ride as a gift when he was 13, and by age 14 he was participating in flying. Vesely attends about 12 events a year, and the farthest he’s ever flown was 35 miles. “You’re at the mercy of the wind…It’s like being a bird, up in the air.” He offered advice to people who are interested in becoming pilots. “Find a flight crew…this is a group sport.” 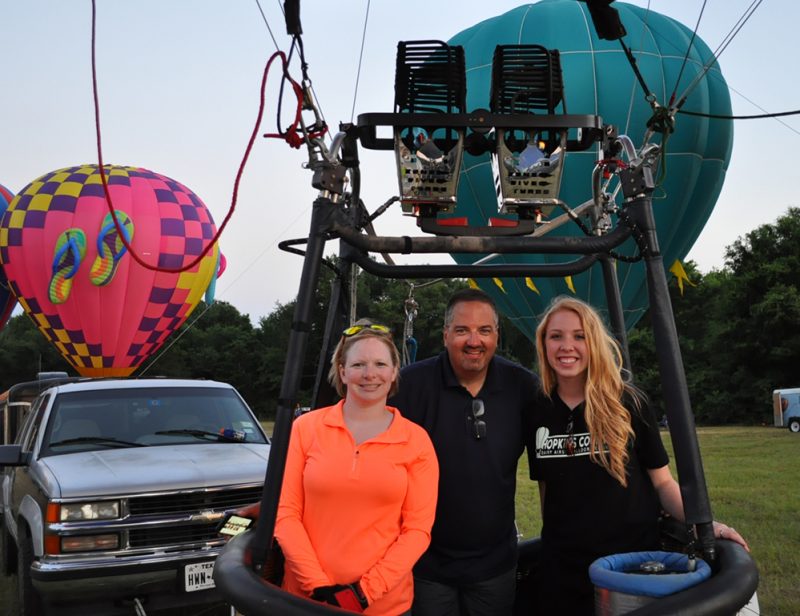