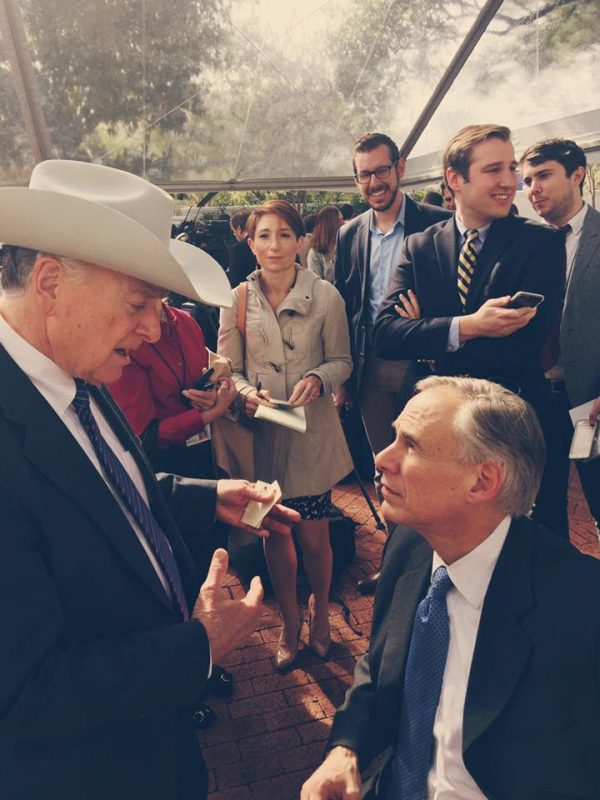 AUSTIN-Last week, Governor Greg Abbott signed House Bill 45 authored by Representative Dan Flynn (R-Van) into law. This bill, known as American Laws in American Courts, will require the Texas Supreme Court to adopt rules to ensure that the application of foreign laws cannot be used to violate constitutional rights guaranteed under the Texas or United State Constitutions.
“By successfully passing American Law in American Courts into law, we will ensure that foreign laws cannot be used to violate our constitution or public policy,” said Representative Flynn. “This is a reaffirmation of our commitment to the United States rule of law and the constitution. I am dedicated to upholding our rights and the rights of Texans across our state and this law will make sure that our Constitution remains the supreme law of the land.”
House Bill 45 prohibits the application of a foreign law to court rulings if doing so would violate the rights guaranteed by the United States or Texas Constitution and protects the constitutional rights of individuals involved in such disputes. This codifies a June 2015 ruling by Texas Attorney General Ken Paxton and further directs the Supreme Court of Texas to adopt rules protect against future violations of constitutional rights. This will aid the courts and judges in order to be able to obtain clear guidance and uphold due process in each of these cases.
Now that it has been signed into law, H.B. 45 will take effect September 1, 2017.