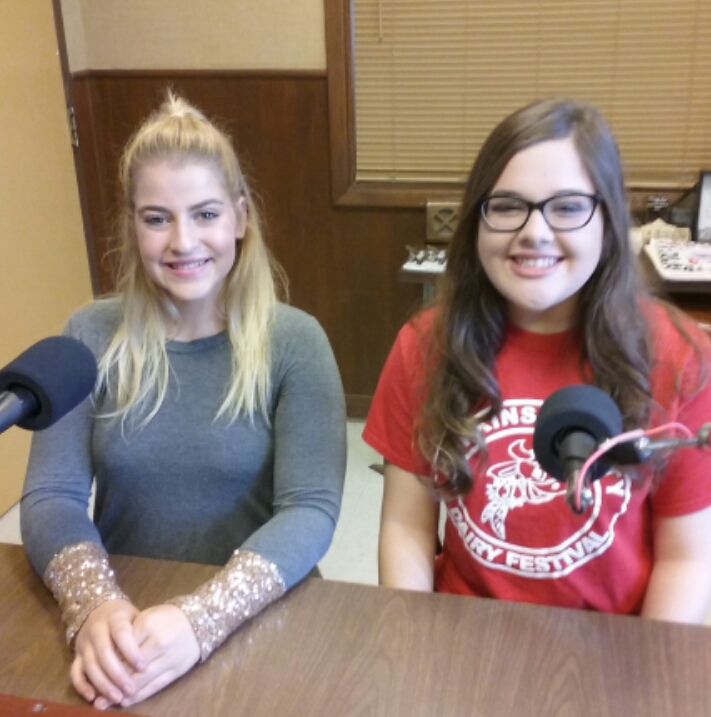 These two ladies and their five counterparts are in rehearsal this week for the 2017 Dairy Festival Queen’s Pageant and Coronation to be held Saturday June 17 at 7pm in the SSHS Auditorium at the Civic Center. Tickets are $10 person at the door to be in the audience for talent and evening gown competitions and the crowning of this year’s royalty.

Contestant $6 Marissa Greenway is the daughter of George Greenway and Jessica Rinehart, and Meredith Greenway and Kevin Green. Look for her in a black and floral gown for the evening wear competition. Her talent presentation will be contemporary dance to “Everybody Wants to Run the World” from The Hunger Games. Marissa has long studied dance and cheer, has been a cheerleader for the past nine years and  is a 2018 Wildcat Varsity Cheerleader. She is a blue belt in Brazilian Jiu Jitsu, is active in FFA and holds the office of SSHS Chapter Student Advisor. Following high school, Marissa plans to join the Air Force to become an AeroVac Medic, earn her RN certification and after retirement from the military, work as an air medic for a major hospital. She feels that military service is a path to specialized education and is a way to honor and give back to our country’s military troops.

Contestant #7 Jaci Reed is the daughter of Shane and Kori Reed. You will see her in a royal blue satin gown with jeweled accents. For her talent presentation, Jaci will combine singing, acting and tap dance to “Anything Goes” from the Broadway Musical revival. For over nine years, she has been involved in drama and music, appearing in numerous school and community productions. This summer, Jaci will perform as “Belle” in the Shining Star production of Beauty and the Beast. At SSHS, Jaci has been a UIL District and State qualifier in Technical Theater Costume Design and in Prose and Poetry, is President of the National Thespian Honor Society and a Student Council Representative. After graduation from SSHS, she plans to pursue a degree in musical theater at University of North Texas at Denton or at Texas State University. Jaci attends First Baptist Church in Sulphur Springs and is an active  member of Youth on Missions and enjoys making a difference in local and distant communities.