Wildcats Win Game One; Host North Forney Saturday at 11:30 AM

Humphries got the pitching win going all seven innings allowing only two earned runs while scattering five singles. He struck out nine and walked five.

Meanwhile the Wildcats had nine hits. Triston McCormick drove home two first inning runs with a triple and hit a solo home run in the third. Easton Silman also had three RBIs with a sacrifice fly in the first and a two-run double in the sixth. Heston Golightly plated a run in the fourth with a double. Kaden Argenbright went 3 for 4 and he scored three runs. Mason Buck and Dawson Draper also had hits. Buck had the fielding gem of the night as he made a diving catch in right center field to end the fifth inning. The catch kept a run from scoring and preserved the Wildcats 5-3 lead at the time.

The Wildcats will attempt to wrap up the series as they host game two at Eagle Stadium Saturday at 11:30 a.m. A third game, if necessary, will be played 30 minutes after the conclusion of game two. Triston McCormick is expected to pitch game two for the Wildcats. 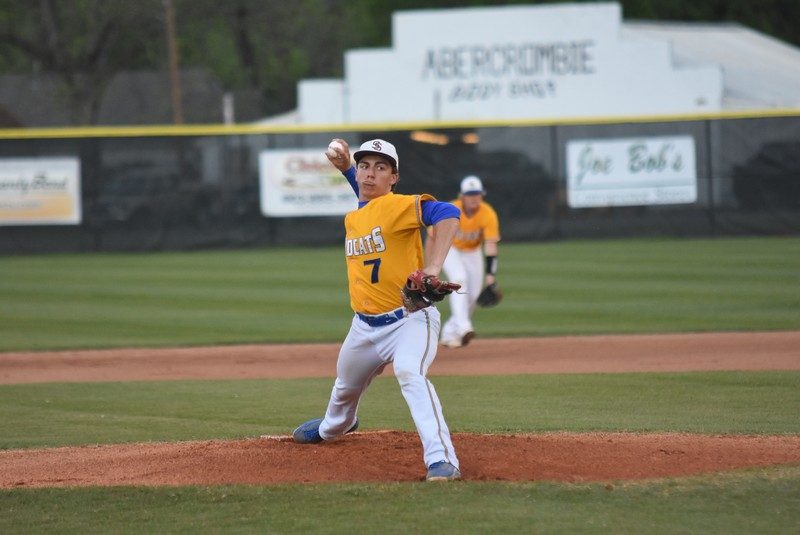