As Wildcats Football Coach Greg Owens evaluated week three of spring practice this week, he said one of the negatives after eleven spring workouts is that the players are sick of each other as they compete.

He said the coaching staff is doing a good job of changing things around in an attempt to keep things interesting. An example, he said, is for the offense to start with the ball at the five yard line to see how often they can score. Coach Owens said special teams work and technique drills continued last week. He said he was pleased with the way players are competing and are getting after it. Coach Owens said players were getting better every day and were showing improvement. He said everyone is getting lots of snaps.

He had praise for two seniors to be next year. He said offensive coaches better know where D’Idrec Dugan is on every play because he has been very active. Coach Owens said wide receiver Simeon Taylor is healthy and continues to make big plays catching the football.

Next week is the last week of spring practice. Monday and Wednesday are expected to be regular practice days. Tuesday Gilmer will be coming to town for 7 on 7 competition with the Wildcats. Next Friday the Spring Game will take place at the SSHS Track field. 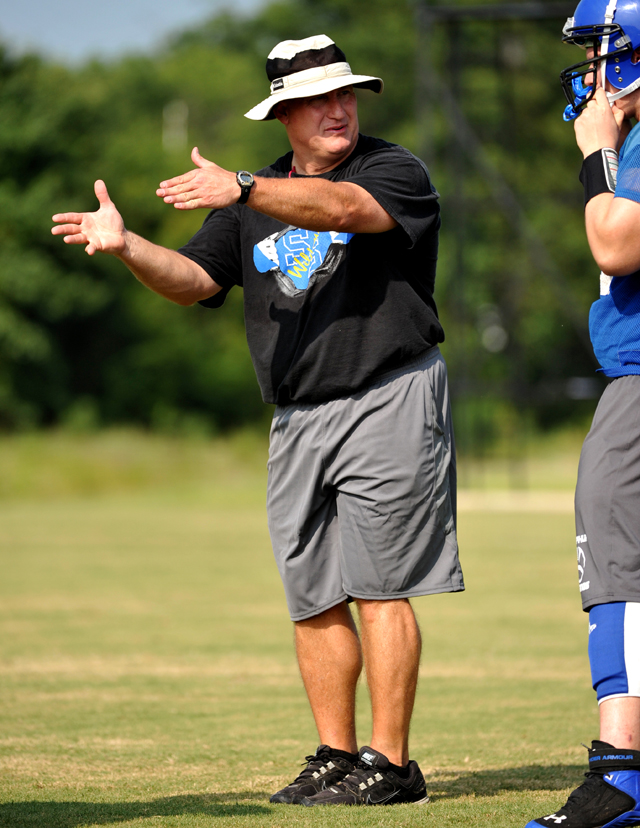