Chad Alan Cappiello, 48, received the maximum sentence allowed under law Wednesday afternoon at (May 24, 2017) in Eighth Judicial District Court. However, Judge Eddie Northcutt made it evident that if more time could have been assessed, two years day for day was the maximum sentence, he would have pronounced a much longer sentence because Cappiello had swindled too many people and, having been shown mercy in other court proceedings, had not changed his ways. 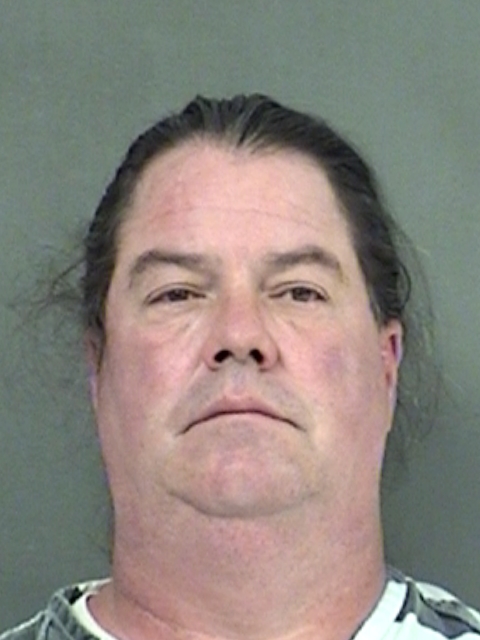 Northcutt called Cappiello, who also used the name Russell in his home remodeling business that swindled two Como women out of $15,000 and a number of other clients across the state for varying amounts, a liar. Northcutt noted it was a monumentally poor decision for Cappiello to have his 8-year old son in court for the sentencing. Northcutt stated he would have to temper his words to Cappiello for that reason. The judge then immediately said that he was surprised Cappiello’s pants had not erupted in an inferno because Cappiello was a liar. That word, liar, appeared several times during the judge’s statements. Other words used by the judge to refer to Cappiello were swindler, bully, intimidate, and writer of threatening letters.  He also noted that in recorded conversations, Cappiello was rude and condescending toward his wife and was attempting to alienate his sons by a previous marriage from their biological mother.

The judge noted that in Cappiello’s request, he had asked for mercy and the opportunity to repay the $15,000 owed the two Como women and to repay the money owed in Bell County. Cappiello is on probation in Bell County for similar charges here. Cappiello had also compared himself to the Old Testament’s Job, a man of many sorrows who was misunderstood. Northcutt, a Bible scholar and Sunday School teacher, told Cappiello that he was no Job. Northcutt stated that Job was a righteous man and that Cappiello was not.

Following a theme of justice and mercy established by Assistant District Attorney Clay Harrison, Judge Northcutt noted that he was extending mercy by not adding a fine, up to $20,000 possible, so that Cappiello’s family would not be made to suffer. Justice was evident, according to Northcutt, in giving the maximum two years day-for-day allowing Cappiello to “come to the end of yourself.” Quoting Paul in Galatians, Northcutt said, “For whatsoever a man sows that shall he also reap.”

Northcutt also pointed out that he hoped the prosecutors and judges in the court proceedings that Cappiello will face in charges in other counties will do what has been done in Hopkins County. The judge also told Cappiello that this will have time for his current wife to make a number of decisions regarding her future.

Cappiello does have the right to appeal the decision of the court. However, Judge Northcutt stated that he deemed Cappiello a flight risk and remanded him to jail.

In closing remarks, Assistant DA Harrison noted that Cappiello had not paid restitution in other cases where he had been found guilty even though he had been on probation. He said “People like him do not deserve anything other than the full penalty.” Harrison noted the Matthew 19 parable of the unmerciful servant who had received mercy for his own huge debt but had shown no mercy for a debtor who owned him little. The unmerciful servant was found out and placed with the torturers. Harrison stated that is what Cappiello deserved.

Noting that Cappiello had used the name Russell in business and that his wife had never been referred to by her last name, Harrison referred to his wife as Kristi Secret Last Name. She had been the telephone contact for those who responded to websites and other advertising for Cappiello’s company.

A Hopkins County Jury found Chad Alan Cappiello guilty on two counts of Theft of Property more than $1,500 but less than $20,000. The verdict was rendered around 3 p.m. Tuesday, May 9, 2017. Cappiello, a remodel/repair contractor who also uses the alias Chad Russell was not facing his first day in court for an offense related to this type of theft. A witness from each of three other instances that have gone to court in Texas counties were called to testify in this case. There had been other arrests as well.

Assistant District Attorney Clay Harrison stated, “People like Mr. Cappiello have been emboldened by years of outmaneuvering law enforcement, evading justice, and receiving soft probation sentences. This week, a Hopkins County jury sent a clear message to folks like him that in this community, theft is still theft. The State will be arguing for the maximum punishment at Mr. Cappiello’s sentencing on May 24.”

Texas Ranger Jason Bobo, Company F Central Texas, was called to prove intent in the case. Ranger Bobo had investigated Cappiello regarding one of Cappiello’s thefts in Gatesville, Texas. A roof repair was promised when $5,000 in cash was paid to Cappiello and the remainder of the project was financed. The Ranger stated that no work had been performed and that in the investigation he found a number of phone numbers that changed consistently, the failure to provide a true address, and the use of lease or rental vehicles by Cappiello.

In opening remarks, Assistant District Attorney Clay Harrison noted that Cappiello changed his name from Chad Russell to Chadley Cappiello and then then Chad Cappiello over the past 23 years. However, he uses both the last name Russell and Cappiello as it suits the opportunity to defraud individuals of money in remodeling and/or repair schemes. His current wife Kristi Cappiello also uses her maiden name as a telemarketer for their business ventures. Harrison pointed out that when anyone attempted to find the location of the business, they were unable to locate the Cappiellos’ due to masking websites, email origination, and the use of cell phones. He stated that attempts to go to addresses listed for the company were fruitless. Even the managers or owners of the buildings where their listed address would take the individual seeking to get a refund for work had no knowledge of the business.

An internet search performed by KSST News shows shows Cappiello has been charged in several counties on similar charges. Cappiello has operated in various areas of the state and has been charged in several counties, some without success for the prosecution. The local case focuses on charges filed and an indictment rendered by a Hopkins County Grand Jury regarding the theft of property, to be exact, money paid for work never completed in a home remodel in Como.