The Wildcats’ baseball team used a strong pitching effort by Ryan Humphries to defeat the state’s #3 ranked Class 5A team, Hallsville, 5-1 at Eagle Stadium Tuesday night. The game featured two teams with perfect 5-0 records in district play coming in. The Bobcats also came in with an 18-2 record.

Humphries allow just a single run on only 3 hits. He struck out two and walked four. Humphries improved his record to 4-0 in district play.

The Wildcats scored their five runs utilizing eight hits. The Wildcats scored a single run in the first. Mason Buck was hit by a pitch. He moved to third on two passed balls and he scored on a Heston Golightly single. The Wildcats added two runs in the third mixing in some Eagle Stadium magic. Buck doubled and he scored when a lazy fly ball ended up falling fifteen hit behind the left fielder who lost track of the ball. Golightly ended up with a triple at third. He scored on Triston McCormick’s fly ball. The Wildcats built their lead to 5-0 in the fourth. Easton Silman walked and Michael Arnold singled. Both players moved up a base on a sacrifice bunt by Dawson Draper. Silman and Arnold scored on a Gavin Millsap single.

Hallsville narrowed the lead to 5-1 with a walk and an RBI double in the sixth. Hallsville threatened in the seventh with a walk and a single but the next hitter flied out with the last batter hitting into a game ending double play. 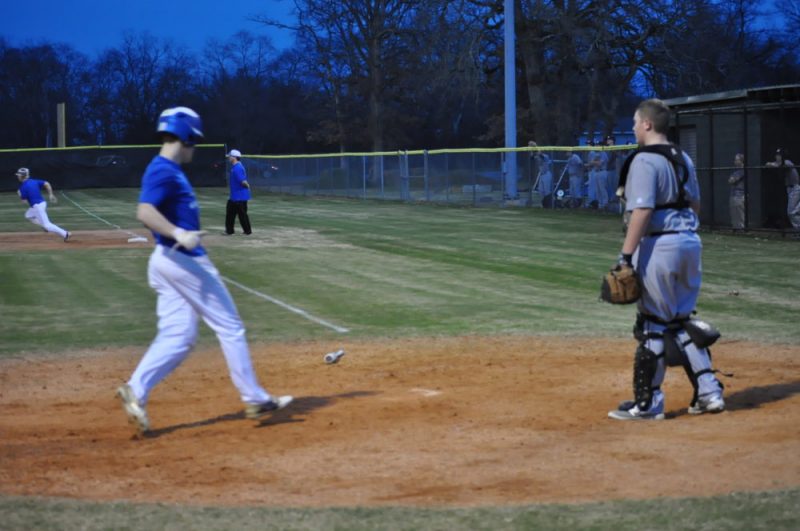