Don’t get him wrong. Wildcats Baseball Coach Jerrod Hammack is enjoying being 8-0 in district play after a 6-3 win over Texas High at Eagle Stadium Thursday night. Still he wouldn’t mind if his team won a little easier.

The score was 3-3 going into the bottom of the sixth when the Wildcats scored 3 runs to take a 6-3 lead. Coach Hammack says the win put the Wildcats into the playoffs and he notes that’s always a team first initial goal. He hopes his team can continue to play well and win a district championship. It’s been a while since one of his team’s did that. He says it would be a big deal to be the #1 seed in the district in the playoffs.

Despite the Wildcats district mark, their ten straight wins and overall 14-5-1 season record, Coach Hammack still does not believe his team is hitting on all cylinders. He was happy to see Dawson Draper get a big hit to the wall. Coach Hammack admits he took a chance sending Michael Arnold to the plate on the Draper hit. All worked out well when the Texas High catcher dropped the ball and Arnold scored the leading run.

Coach Hammack says Triston McCormick struggled with control early but battled and was able to finish the game just a few pitches under the maximum pitch count. He says he was pleased that the Wildcats played error-free ball.

The Wildcats will have no time to savor the victory. They have a make up game at Marshall Friday at 2 p.m. Ace Ryan Humphries will pitch for the Wildcats. Coach Hammack notes that Marshall has been a tough place for the Wildcats to play. They last won there in 2010. One good sign. That win seven years ago took place during a day game and the Wildcats and Mavericks will play a day game Friday. 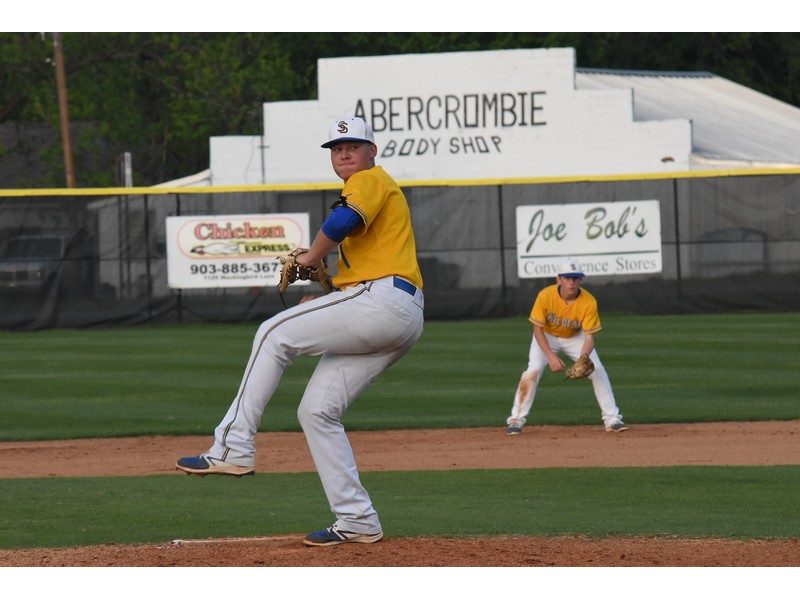