Wildcats pitcher Triston McCormick took a perfect game into the fifth inning at Mt. Pleasant but had to settle for a one-hitter as the Wildcats bludgeoned Mt. Pleasant, 10-0 in a game halted after five inning due to the ten-run rule.

The lead off hitter for the Tigers in the fifth hit a solid single to right. There were also a pair of errors in the inning but McCormick pitched around them and preserved his shutout. McCormick worked five innings allowing just the one hit and no runs. He also struck out 7 and had no walks.

The Wildcats hammered out a dozen hits. Mason Buck opened the game with a big home run off the Mt. Pleasant scoreboard and the Wildcats led 1-0. They added two more runs in the top of the second. After Ryder Caddell singled and Michael Arnold doubled, Dawson Draper drove in two runs with a double. The Wildcats increased their lead to 5-0 in the top of the third. McCormick opened the inning with a walk. Arnold drove home a run with a double. Draper drove in Arnold with a double. The Wildcats doubled their score with five runs in the top of the fifth as they batted around. Caddell walked and Arnold singled. Draper collected his fourth and fifth RBIs in the game with his third double. Millsap singled. Buck drove home a run with a sacrifice fly. Argenbright singled and Golightly drive in a run with a single. McCormick drove in the last run with a sacrifice fly. Arnold was 3 for 3 with 3 runs scored and an RBI. Draper was 3 for 3 with one run scored and five RBIs. Golightly was 2 for 4 with an RBI. Buck was 1 for 3 with 1 run scored and 2 RBIs. McCormick had an RBI.

The Wildcats are now 9-1 in district play and they are now 15-6-1 for the season. Their next game is Tuesday night at Eagle Stadium as Greenville comes to town for senior night.

PA Announcer Jeff Harris is also expected to provide lots of trivia about Eagle Stadium, which may be hosting its’ last game. Harris also wants to recognize anyone at the game who ever played at the old historic stadium. 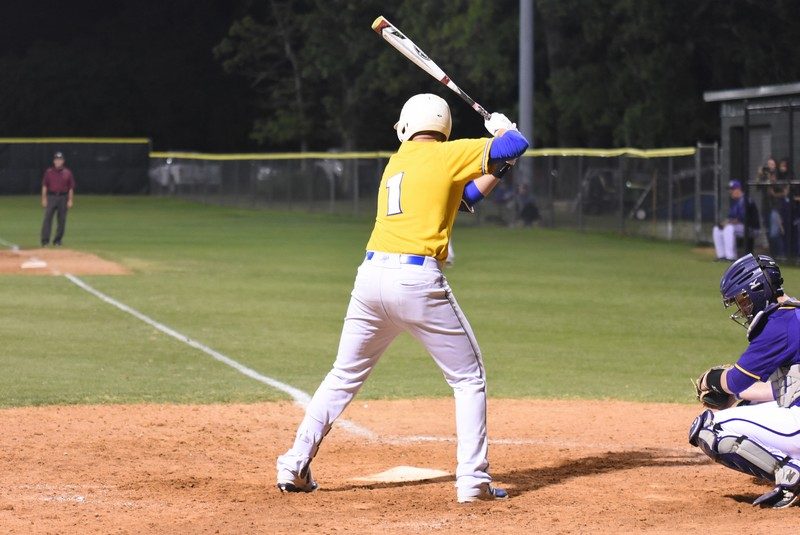