Wildcats 5-0 in District with Win at Greenville

Home » Headlines » Wildcats 5-0 in District with Win at Greenville

The Wildcats’ baseball team exploded for 8 runs in the top of the fifth inning on their way to a 14-2 win over Greenville Friday night on the road. The game was called after five inning due to the ten run rule.

The Wildcats got off to a good start scoring a first inning run without a hit on a walk, a hit batter and a Lion error. The Wildcats went up 4-0 with a 3 run second inning. Ryder Caddell, Arnold and Harrison all singled to load the bases. Millsap got a walk to force in a run. Hobson-Cox had a RBI single and Argenbright plated a run on a fielder’s choice. The Wildcats went up 6-0 in the top of the third with 2 more runs. Triston McCormick doubled and Humphries drove home courtesy runner Lopez with a triple. Humphries scored on a Harrison fielder’s choice. Greenville got their 2 runs in the bottom of the third. It remained 6-2 until the Wildcats big fifth which included an Argenbright 2-RBI double, a Humphries single, an Arnold 2-RBI single, five Lions errors, 5 walks and a sacrifice. The Wildcats had 10 hits in the game.

Almost lost in all the offense was the solid pitching of Triston McCormick who improved to 2-0 in district play allowing 2 runs, both earned, on 4 hits with 4 strikeouts and 2 walks with 1 hit batter. 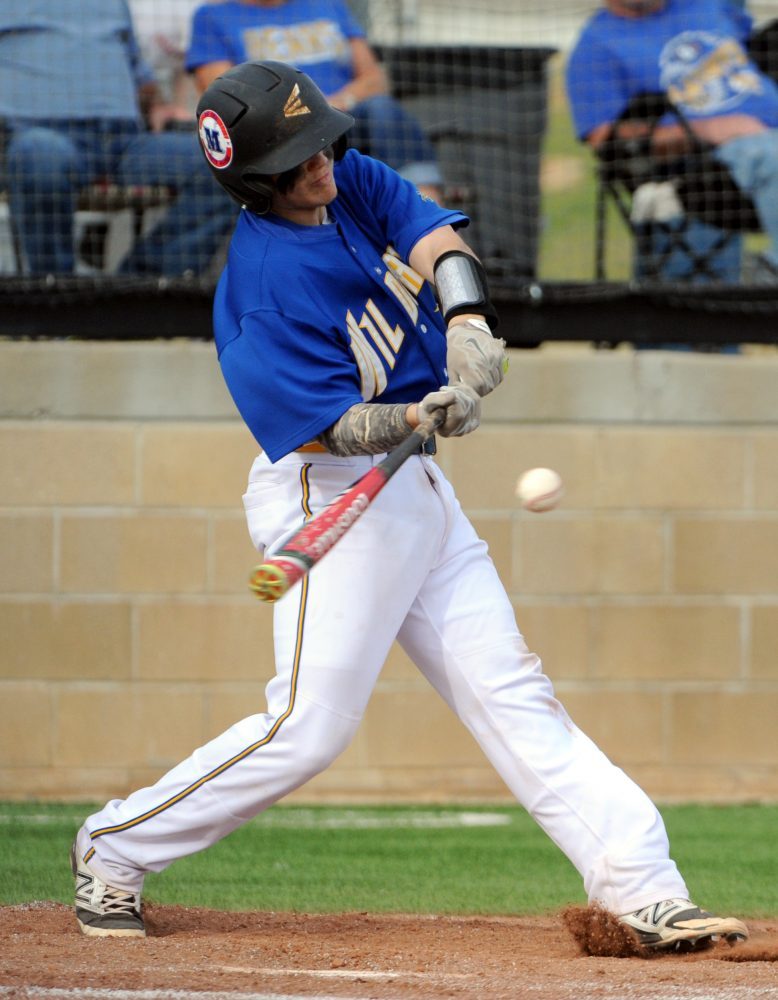