The Lady Cats now face Lovejoy late next week in bi-district with details to be determined.

Trailing 3-0 in the bottom of the third, Mt. Pleasant’s Kamille Gill hit a three run home run to tie the score. Then trailing 4-3 in the bottom of the fifth, Lady Tiger Vanaysha Green hit a two run home run to give the Lady Tigers a lead they would not give up. The game changed in lightning fashion in the top of the sixth. The Lady Cats, trailing 5-4, loaded the bases with just one out. Jaye Doughtie and Kelsey Wallace drew one out walks. Alli Fite then put down a bunt for a hit and the Lady Tigers went for a force out at third. Doughtie just beat the throw according to the field umpire and the bases were loaded. Macee Hollins then hit a little popper down the third base line that looked like it would fall in front of the Lady Tigers’ third baseman. She made a diving catch and then turned and threw to third catching a Lady Cat baserunner off the base on the unusual play. The improbable double play ended the promising inning.

The Lady Cats threatened in the top of the seventh as Alyssa Abron led off the inning with a single. She moved to second when Hannah Crowson was thrown out at first after a bunt. Brinklee Driver just missed one and flied out deep to right center as Abron moved to third. Kristen Allen grounded out to short. The throw to first was low but Mt. Pleasant held onto it and they celebrated the win. The Lady Cats started well scoring three times in the top of the second. Allen doubled, Sadie Stroud and Doughtie singled and Wallace cleaned the bases with a double right down the left field line. The Lady Cats used some small ball to get their fourth run, which gave them a 4-3 lead at the time. Stroud walked and Wallace doubled. Fite then put down a sacrifice bunt. On the throw to first, Stroud scored.

Mt. Pleasant outhit the Lady Cats 12 to 10. The Lady Cats had 2 errors. Bailey Haggerty took the loss throwing five innings allowing 11 hits and 4 earned runs with 1 strikeout and 1 walk. Allie Fite pitched a scoreless sixth inning working around a hit and a walk. 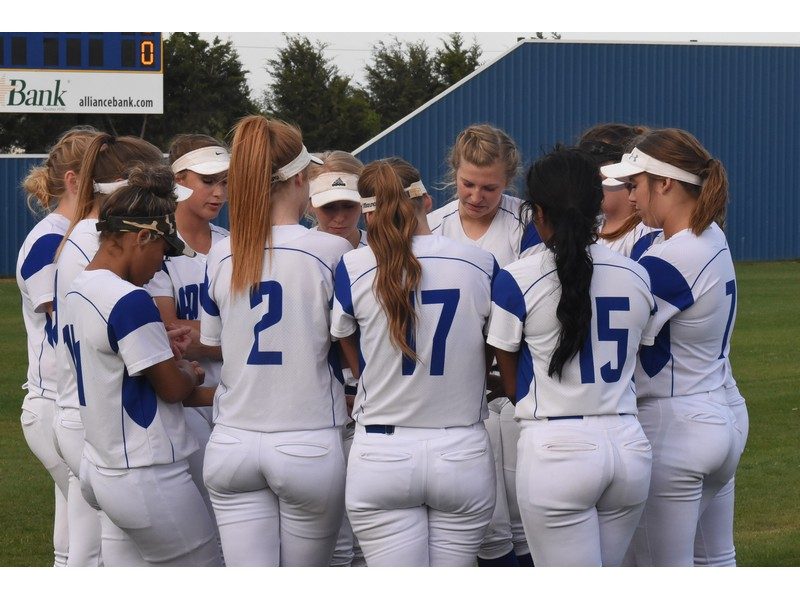