The Lady Cats’ softball team brought their hitting shoes to Lady Cat Park as they hammered out 20 hits and scored 15 runs to defeat Greenville, 15-5 Friday night. The game was called with one out in the bottom of the fifth inning due to the ten run rule. The Lady Cats actually had to play catch up to win.

Greenville scored three runs in the top of the first as they hit six straight singles. The Lady Cats answered with six runs of their own on seven hits, all singles. After a scoreless second inning, The Lady Lions got to within one run at 6-5 with 2 more runs in the top of the third. A dropped fly ball prolonged the inning with a Greenville double driving home two runs. The Lady Cats used the long ball and more in the bottom of the third scoring six runs on seven hits. Sadie Stroud doubled and Kelsey Wallace blasted a two-run homer. Alli Fite doubled and came home ona Macee Hollins single. Alyssa Abron then hit a two run homer over the wall in right center to score Hollins. Hannah Crowson and Kristen Allen singled. They moved up a base on an outfield error and both scored on a Stroud single.

The Lady Cats scored single runs in the fourth and fifth innings to end the game early. In the fourth Fite singled and later scored on Ashley Moore’s sacrifice fly. The game ended when Stroud singled and Kelsey Wallace doubled her in. Wallace also came across the plate but the game ended when Stroud scored. Shortstop Wallace was very good on defense making a diving catch in foul territory and throwing out a Lady Lion from deep in the hole on the left side. Bailey Haggerty shut down the Lady Lions in three out of five innings. She allowed ten hits and five runs, but only 3 earned runs, and she didn’t walk a single batter.

The Lady Cats are now 5-2 in district play. Their season record is now 18-6. They travel to Hallsville next Tuesday evening. 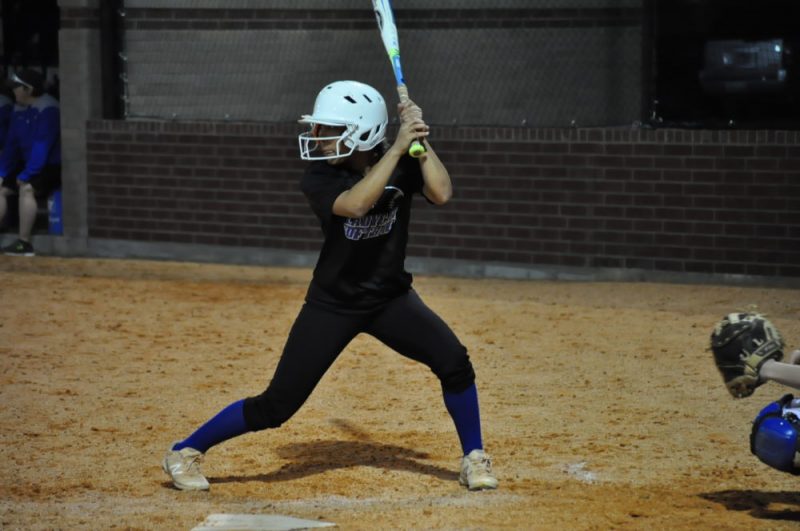