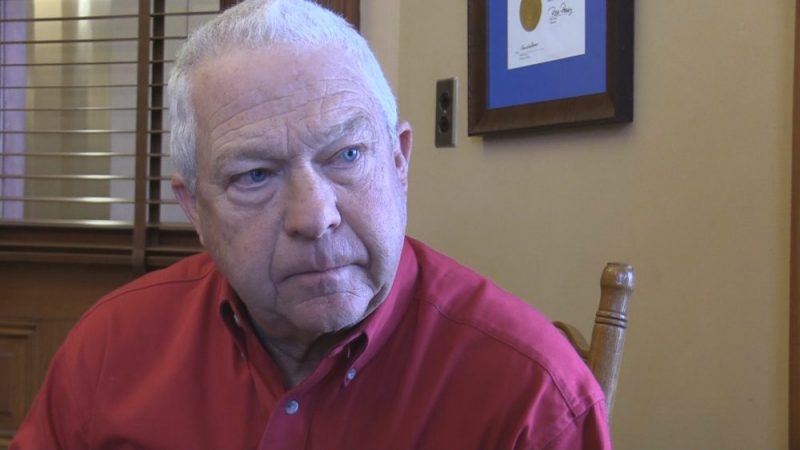 Most recently, Evans was the catalyst for conversation between Hopkins County Commissioners and Texas Department of Transportation regarding the dangers of driving State Highway 19/154 north of the city of Sulphur Springs. Evans told KSST at the time that the number of accidents resulting in death seems to be increasing. He noted the Highway 19/154 problems will take time to improve. Studies made, funds appropriated, and work done will take time according to Evans. However, he thinks the planning and development of the plan needs to begin now. During his term, work on the 11-West rework began. He said that even though it is taking 10 years to complete the task, the end result will be a huge benefit to those who travel from Sulphur Springs to Commerce. Many of those are students at Texas A & M University-Commerce.

Evans noted that several major accomplishments highlight his years of service to the county. He named the partnership with TxDOT and with the City of Sulphur Springs in the extension of State Highway 11 or Wildcat Way between State Highway 154 and State Highway 19 as one of the top accomplishments during his time in office. Evans said the street/highway opened a large area for future development. Already apartments, a middle school, and a major car dealership have opened along the roadway. He also stated that with the help and approval of county voters, the jail problem was solved. The old jail building had been a thorn in the county commissioner’s court side as it often failed to meet state standards and its cost efficiency was low. A greatly improved civic center, both financially and structurally, developed in partnership with the Sulphur Springs Independent School District and county investment of funds is also a highlight for Evans. He also noted the building of a new firehouse for the county and moving from a 12-hour paid firefighting force to a 24-hour force. The firehouse has been paid for as well. The partnership with the City of Sulphur Springs in work on the downtown square is also on Evans’ list. He stated that commissioner’s court was also instrumental in assisting the City of Cumby receive grants for a generator for their water town and a generator for the sewage plant. The county has also helped the City of Cumby with developing better streets.

With all the improvements that have been made, Evans says the county is financially more sound than it has been. He said the court will know the exact financial numbers in a couple of weeks when the audit is completed. However, Evans expects a surplus of between $6-million and $7 million.  A surplus of that amount would equal four months operating funds in surplus for the county. The four months surplus would meet state standards for a county. Evans said the one fear he had when elected as Precinct 4 Commissioner was that the county would not be in good financial shape and that it would create long term issues for him as a commissioner. He said that with cutbacks in 2009 and 2010, the court was able to stop the red balance and, with better economic times that have followed, has grown with good fiscal management.

Evans received only a small amount from the Federal Emergency Management Agency following heavy rains that created county road woes a few years ago. Precincts 1 and 2 were hit hardest and received the larger funding. However, at the time of the FEMA grants, Evans stated that 50-60 percent of the work needed on roads in his precinct had been performed. Money that he received was added back into his budget with the exception of the few areas that remained to be repaired at the time. He said those funds will be spent over the next two summers in road work while he remains in office.

He said he made a lot of friends as commissioner and met a lot of great people. He said he is thankful for the support of people in Precinct 4. He said he is stepping aside at the end of his term to allow someone who will enter the work with lots of energy and enthusiasm to serve the county.