A high speed chase began in Cumby, traveled to the streets of Sulphur Springs and ended in Rains County with the arrest of David Jason Neagle, 45, of Emory. During the chase, Neagle was throwing items from the vehicle he was driving. 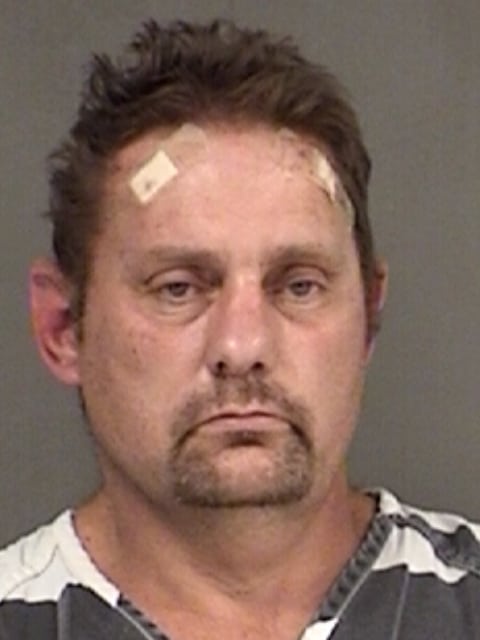 It all began when the Cumby Police officer noted that the auto displayed no registration.  The initial traffic stop was made at FM499 and the North Service Road. He made a traffic stop but noted that Neagle’s right hand was behind his back. The officer asked what was in his hand and Neagle responded it was paraphernalia and asked the officer if he wanted it. The officer told Neagle to not move his hand. At that time Neagle put the car into drive and fled the scene in the vehicle. The officer gave chase.

Neagle led the officer along several highways, a number of streets in the city of Sulphur Springs, and along Farm to Market roads with speeds at time in excess of 110 miles per hour. The chase terminated on FM 514 in Rains County. Neagle did admit to throwing multiple pill bottles out the vehicle windows. He did not have a prescription for any of the medication.

Neagle is charged with Evading Arrest Detention with a Vehicle with a Previous Conviction, Tamper Fabricate Physical Evidence with intent to Impair, Deadly conduct, and Reckless Driving. He is in Hopkins County Jail being held on bonds totaling $85,000.