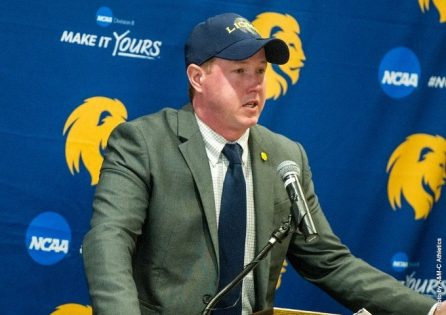 Von Rosenberg becomes only the fourth head coach in the Division II era for Texas A&M-Commerce. He comes to the Lions from Hartford University, where he served as an assistant coach for the past two seasons. Von Rosenberg’s hiring concludes a national search by Texas A&M-Commerce for a head basketball coach. Jaret von Rosenberg is a 2009 graduate of Hartford University. He’s been a college basketball coach for the past eight years.