AUSTIN – An estimated one in five traffic crashes in Texas is caused by distracted driving, and the problem is getting worse. As part of National Distracted Driving Awareness Month in April, the Texas Department of Transportation is launching its “Talk, Text, Crash” campaign to remind drivers to stay focused on the road.

“People are dying on Texas roadways because drivers are diverting their attention from the road to talk on a phone, send a text, post to social media or engage in some other distracting behavior,” said TxDOT Executive Director James Bass. “When drivers take their focus off the road, they put themselves, their passengers and others at risk. It’s just not worth it.”

Last year, there were 108,962 distracted driving crashes in Texas – up three percent over 2015. Those crashes killed 452 people, seriously injured another 3,068 and are highest among drivers ages 16 to 34.

In Texas, 38 percent of drivers say they regularly or sometimes use a cell phone while driving.[1] Text messaging is particularly dangerous as reaction times double when drivers read or send text messages.[2] A driver texting at 55 mph will lose sight of the road for nearly five seconds, which is comparable to driving the length of a football field while blindfolded.[3]

While mobile phone use is the most recognizable driving distraction, other high-risk activities include adjusting a music player, grooming, eating or programming a navigation system. The “Talk, Text, Crash” campaign reminds drivers to: 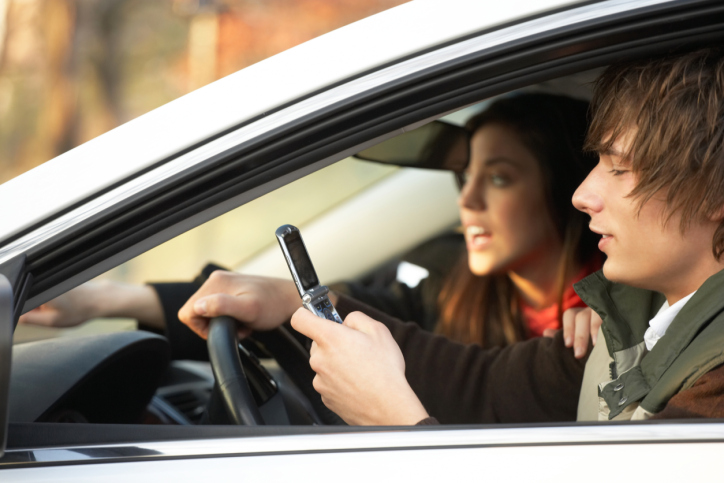 Couple in a car