With as much pomp and circumstance as a street sweeper can provide, Bill Bradford Road re-opened at 2pm Tuesday afternoon. 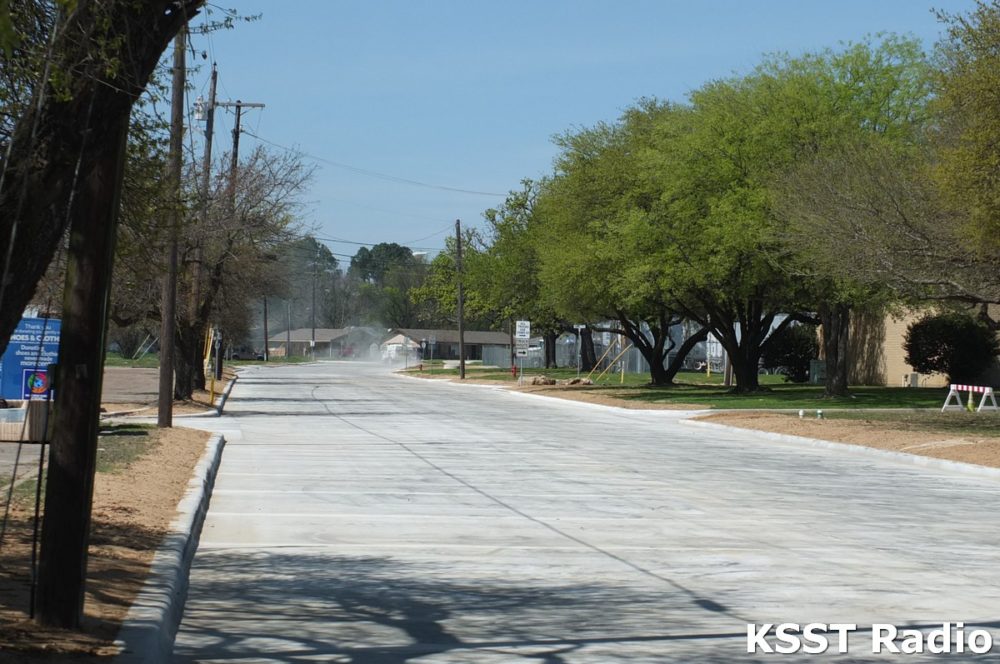 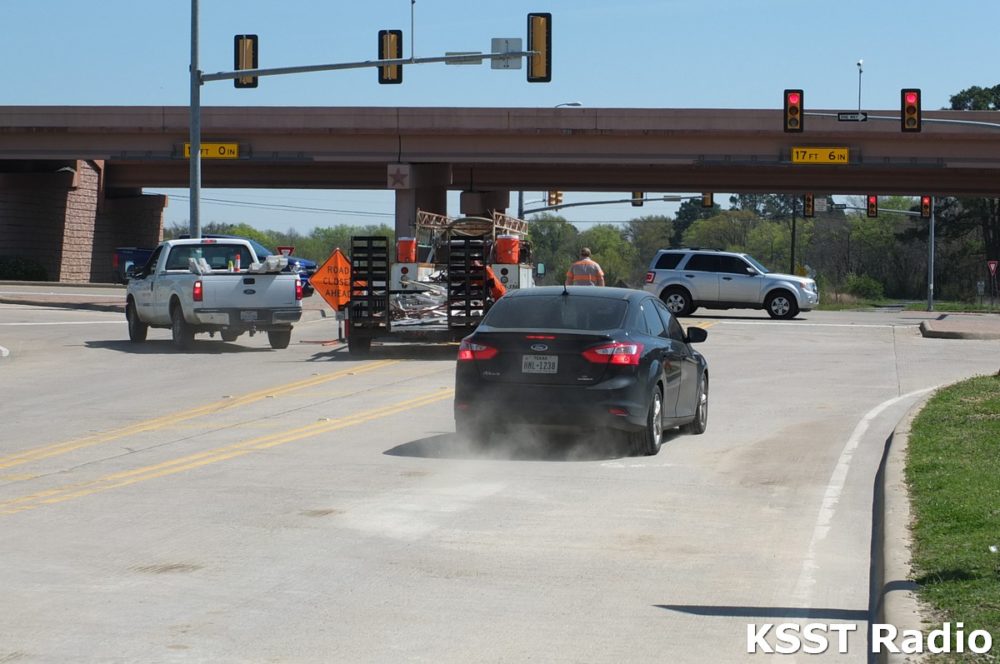 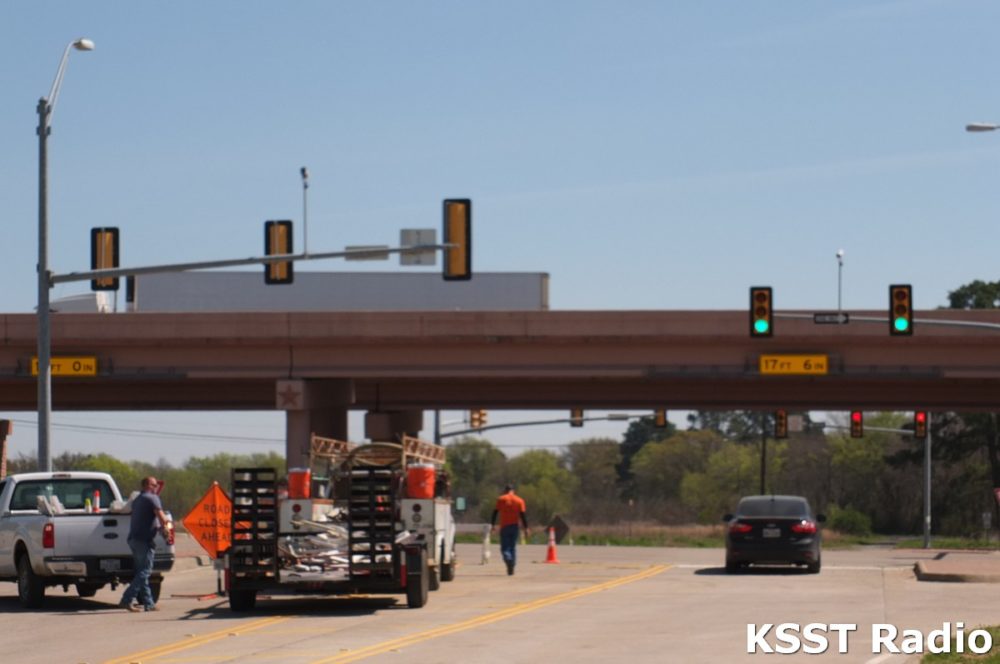 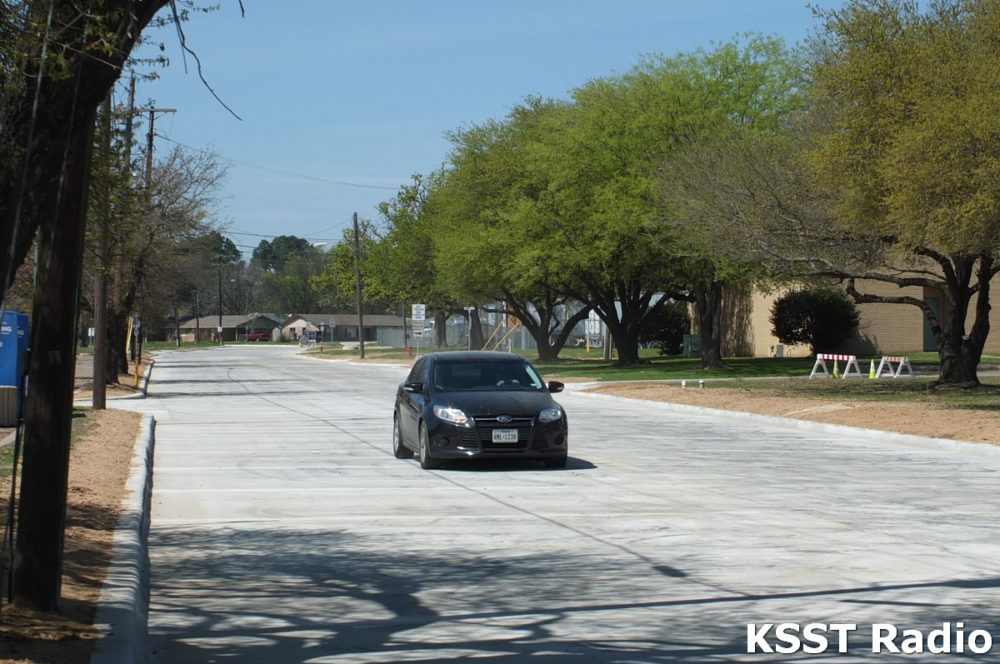 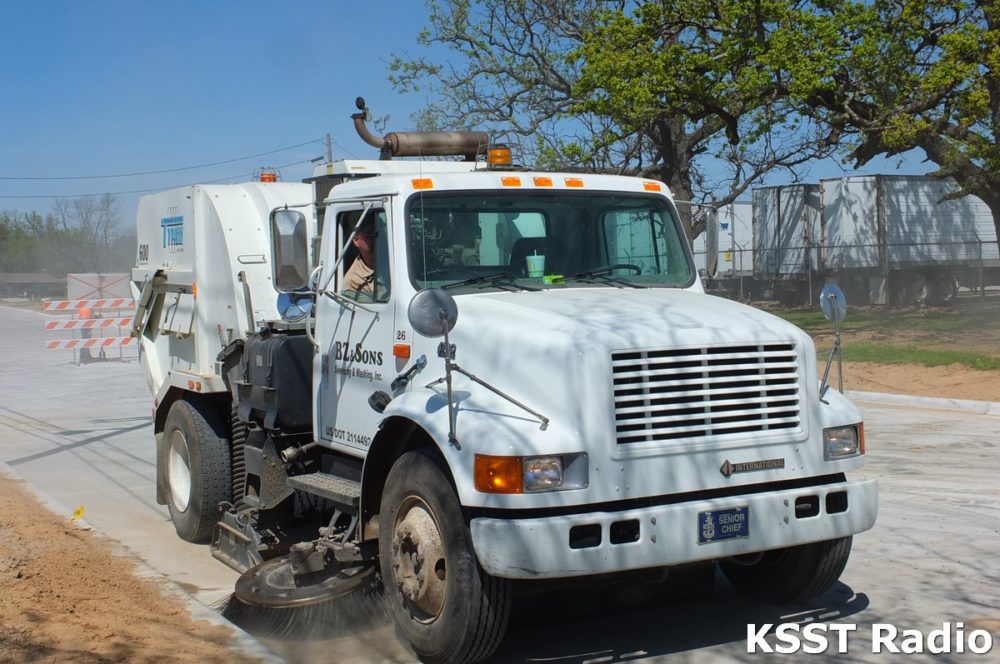 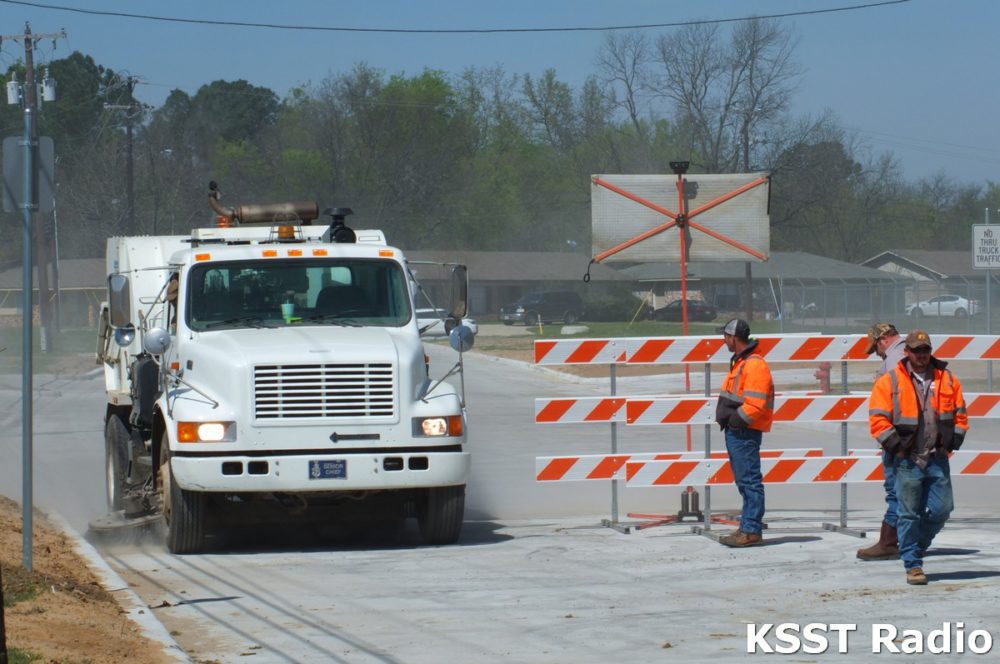 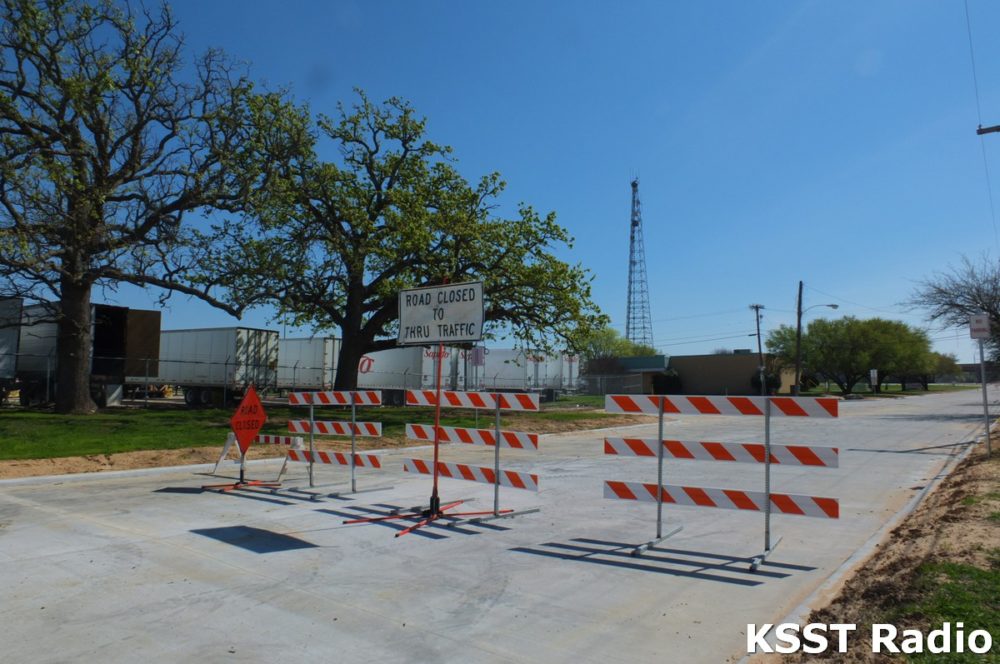 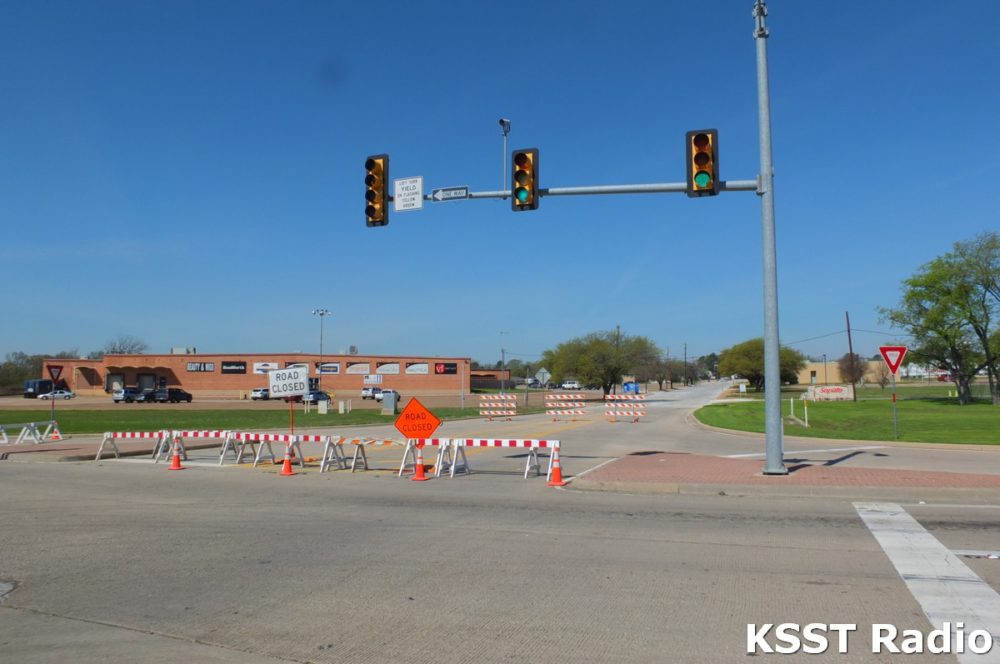 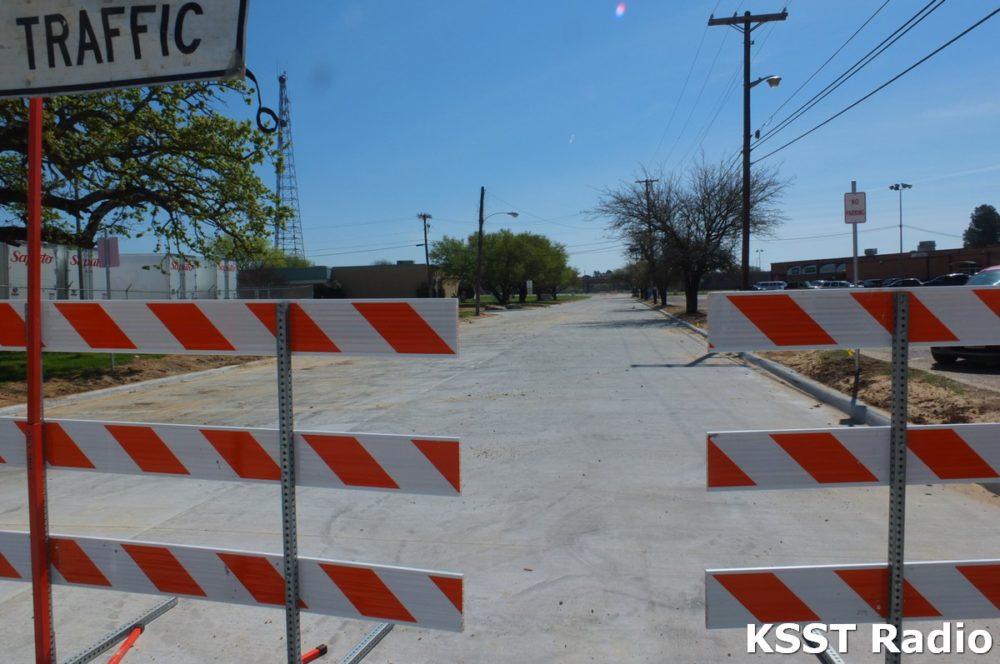 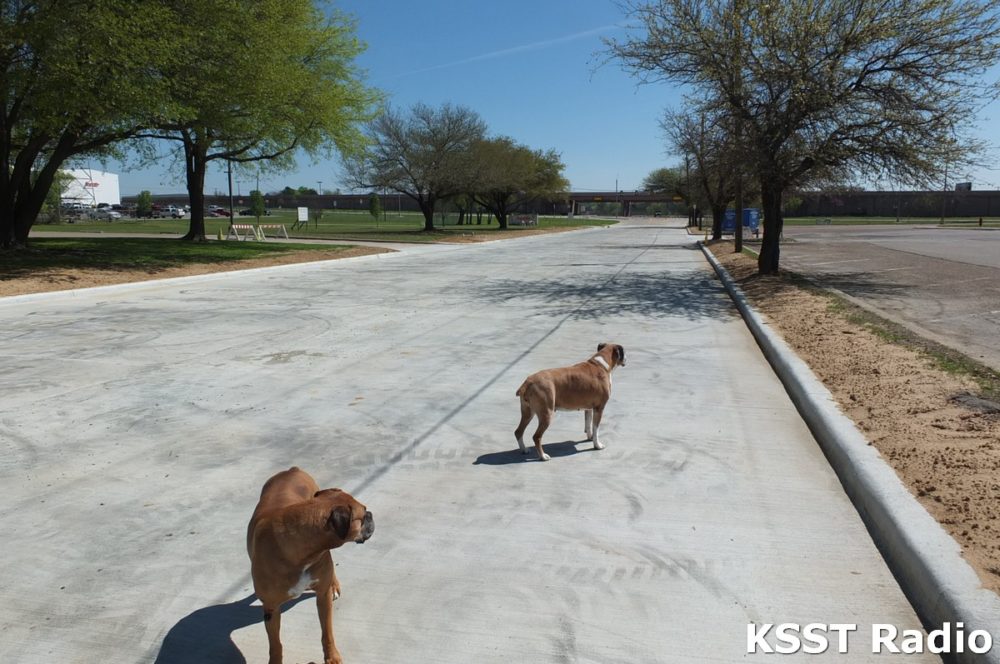 Bill Bradford Road, named for KSST broadcaster William Bradford, has been under construction for months.  A section stretching from Gilmer to the Outlet Mall opened a few weeks ago.

City Crews escorted a street sweeper into the final length for one last dusting off, before collecting the various barriers and signs.

Consider traveling down Bill Bradford Road and patronizing the business that have struggled during the closures.