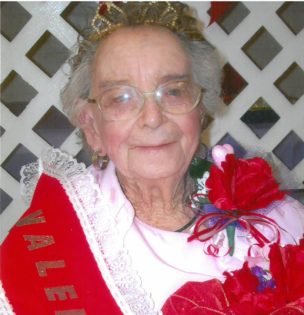 Graveside Services for Ruby McQueen, age 93, of Sulphur Springs will be held at Peerless Cemetery on Thursday, March 23, 2017 at 3:00 P.M. with Pastor Bruce Stinson officiating. There will be no formal visitation.

Ms. McQueen passed away Tuesday, March 21, 2017, at Rock Creek Nursing Home.  She was born on October 26, 1923 in Cumby, TX, the daughter of Floyd and Linnie May Fouse.  She married Allie McQueen and was a homemaker.