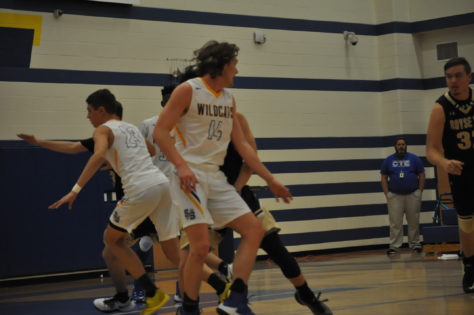 The Wildcats’ basketball team tied the school record for wins in a season by defeating Hallsville, 54-45 at Hallsville Tuesday night. The win was the Wildcats 25th of the season. They are 10-2 in district play and 25-6 for the season. Victor Iwuakor led the Wildcats in scoring with 18 points and Bryson Lynn added 17 points. Keaston Willis scored 8 points. The Wildcats finished second in the district. They will face North Forney in bi-district action at Lindale next Tuesday night at 7 p.m. The Wildcats can break the school record for wins in a season with a bi-district victory.