The Wildcats’ basketball team saw their season end in an area game loss to Carrollton Creekview, 67-64 in overtime at Rockwall Friday night. The Mustangs outscored the Wildcats, 10-7 in overtime.

The Mustangs hit 8 of 10 free throws and made one basket. Victor Iwuakor scored 5 of his game high 22 points in overtime for the Wildcats. A long three point attempt to tie the game at the buzzer by Keaston Willis did not fall.

The Wildcats built a lead in each of the first three quarters going from up 1 in the first quarter and then by 3 at halftime and by 6 after three quarters before the game was tied up, 57-57 after regulation. Willis and senior Ke”ontae Dunn scored 11 points apiece for the Wildcats. Michael Jefferson scored 10 points. Augustine Ene had 21 points for Carrollton Creekview.

The Wildcats end the season with a 26-7 record. The Wildcats will lose two seniors off the roster: Dunn and Dane Rutherford. 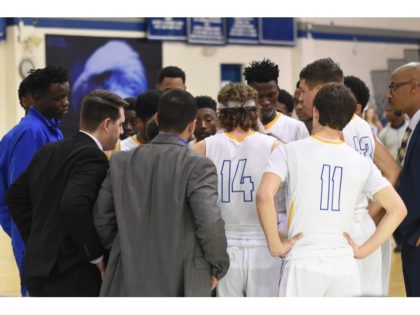