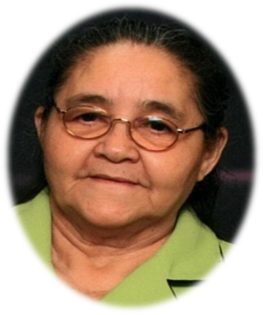 Mrs. Medina passed away Monday, February 13, 2017, at her home.  She was born January 15, 1943 in Sesori, San Miguel, El Salvador, the daughter of Tranquilino and Rosaura (Chavarria) Vasquez.  She married Feliciano Medina in June of 1989 in Arlington, VA.  Mrs. Medina was a member of Centro Cristiano de Adoracion and a homemaker.

Alicia was preceded in death by her parents and husband, Feliciano Medina.