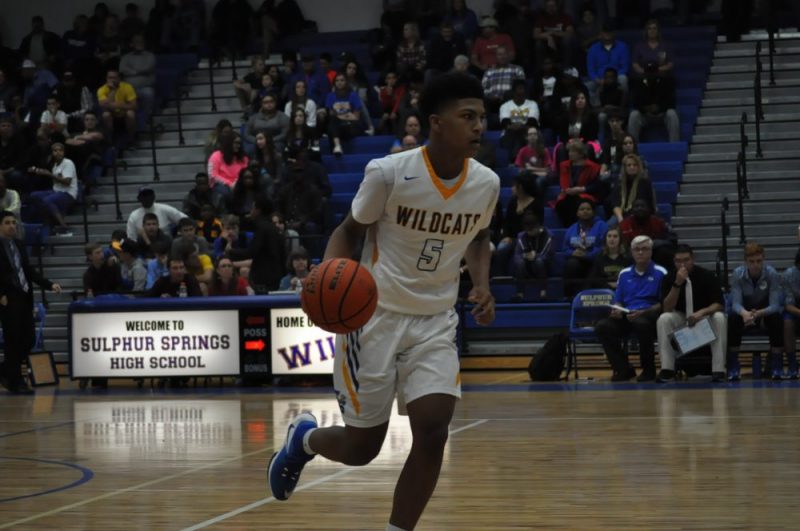 The Wildcats’ basketball team used a productive offense and a stingy defense to overwhelm Marshall, 72-40 in a district game at Wildcats Gym Tuesday night.

The Wildcats held the Mavericks to just 18 points after three quarters of play. Post Victor Iwuakor was especially feisty with 8 blocks.

The Wildcats were led on offense by four double figure scorers: Keaston Willis with 17 points, Iwuakor with 15 points including one dunk, Ke’Ontae Dunn with 12 points and Michael Jefferson with 11 points. Ryan Humphries chipped in 7 points. The Wildcats had 6 three pointers.

The Wildcats will travel to Texas High Friday night for a district game.