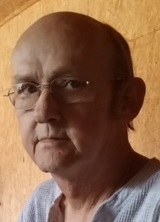 Gerald served in the U.S. Air Force, and was retired from GTE now Verizon.  He was a member of the Mt. Vernon Masonic Lodge, Scottish Rite and Shriners of Dallas.