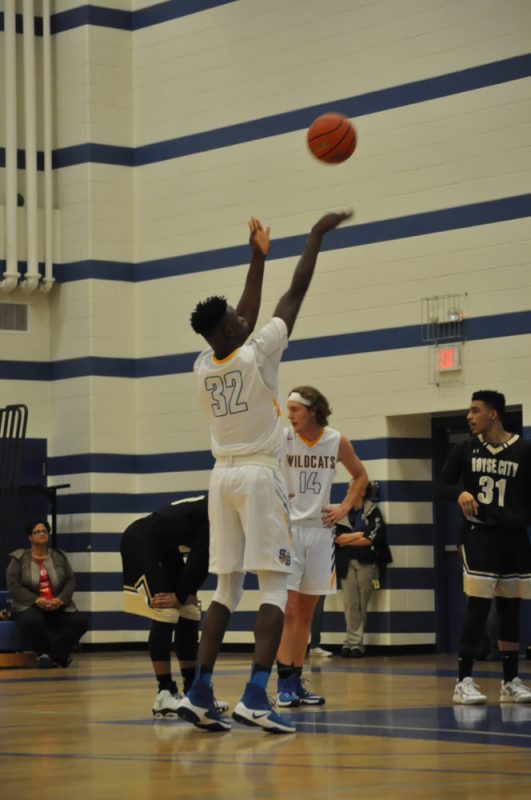 The Wildcats’ basketball team rallied in the fourth quarter to take a narrow, 69-65 win over Pine Tree on the road in the district opener for both teams Tuesday afternoon. The Pirates led going into the final quarter, 48-47 but the Wildcats outscored them 22-17 to take the win. The Wildcats led after the first quarter, 18-11 and at the half, 33-26. The Pirates had a big third quarter to take the one point lead after three quarters. Keaston Willis scored 24 points to lead the Wildcats. Victor Iwuakor scored 14 points and Bryson Lynn had 12. Trey Williams led the Pirates with 20 points. There were quite a few fouls called in the game. The Wildcats are now 1-0 in district play and 14-2 for the season. After a Christmas break, the Wildcats will play in a Longview tournament on December 28 and 29.