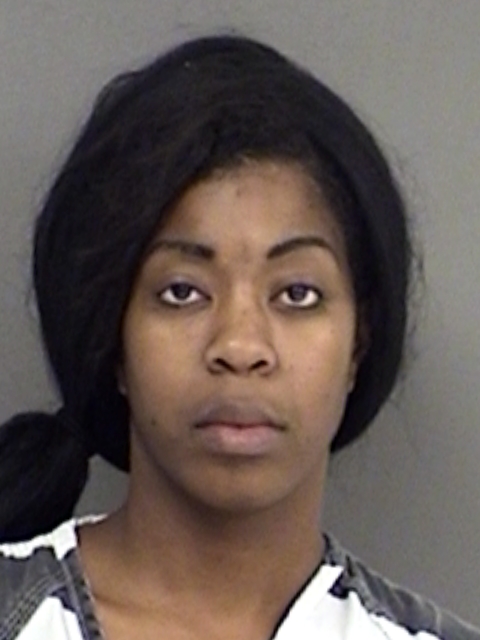 A SSPD patrol unit video camera captured Delandria Aeriel Pryor, 25, of Sulphur Springs, as she removed a clear plastic bag containing suspected marijuana and destroyed it to avoid prosecution. Residue of marijuana was also found in the patrol car seat where she was sitting. At book-in at Hopkins County jail, the remaining pieces of the bag still containing residue of marijuana was removed from her front pocket.

Pryor was arrested in the 200 block of North League Street Friday around 4:40 p.m. She was arrested in a warrant stop that led to the arrest of Cedric Dewight Mosley.  Pryor is in Hopkins County jail being held on a $10,000 bond for Tamper/Fabricate Physical Evidence with intent to Impair.