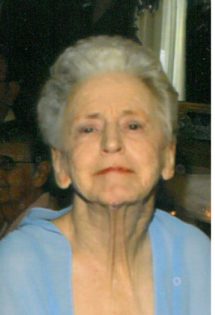 Funeral services for Mary Frances Clements, age 80 of Winnsboro will be held 2:00 P.M. Wednesday, December 28, 2016 at Murray-Orwosky Funeral Home, with Rev. Jeremy Durig, officiating.  Interment will follow at Rock Hill Cemetery with Freddie Fisher, Dylan Beech, Robert Badgett, Jr., Benny Albers and Marlon Cavenaugh serving at pallbearers.  Honorary pallbearer will be Robert Badgett,Sr.  Visitation will be one hour prior to the service at Murray-Orwosky Funeral Home.

Mrs. Clements passed away Saturday, December 24, 2016 at Trinity Health and Rehab of Winnsboro.  She was born on April 18, 1936 in Sulphur Springs, Texas to Sol L. and Mary Cordelia (Gilliam) Lynch.  She married Claude Gilbreath, who preceded her in death.  She was a waitress and homemaker.  Mary was a member of Lake Fork Baptist Church

Mrs. Clements is survived by numerous nieces and nephews.