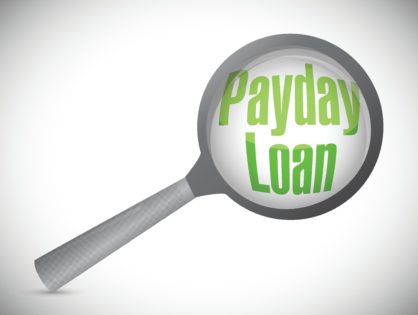 Payday loan and auto title loan shops were called into question during public forum by a local pastor during the Sulphur Springs City Council meeting Tuesday night. Pastor Dr. Joel Tiemeyer asked the council to consider an ordinance regulating those businesses that offer payday and auto title loans and charge what he called exorbitant fees to those who borrow. He pointed out that those who borrow from these establishments are often under financial stress before as well as when they borrow.

Tiemeyer stated the average payday loan 14-day fee for the loan is $75 and that fee is paid every 14 days until the loan is payed off. Interest is also charged on the loan. At auto title loan establishments, the fee on a $4000 loan is $1200 every 14 days. That amount does not include principle and interest on the loan. He called this type of fee a burden on the borrower.

Currently in Texas there are 3200 payday and auto title loan establishments and 14-million people use them according to Tiemeyer. Thirty-five cities in Texas have passed ordinances that regulate payday and auto title loan agencies. Although the state has not passed laws to outlaw these businesses, some cities have. He asked for an ordinance in the city that would regulate these businesses here.

Although the council could not respond under laws that govern public forum, City Manager Marc Maxwell stated he had attended a break-out session concerning the subject of payday and auto title loans during a recent conference in Austin. He noted that some cities are being proactive in their approach to the payday, auto title loan matter. He stated some cities are actually offering loan options that allow payback with payroll deduction and without exorbitant fees and high interest rates.

Tiemeyer presented the council with a copy of an ordinance adopted by the city of Temple. He said that the ordinance would provide a template for thought regarding an ordinance in Sulphur Springs.