Wildcats vs Hallsville; What the Coaches Are Saying

Home » Headlines » Wildcats vs Hallsville; What the Coaches Are Saying

The Wildcats face Hallsville in a game that will determine a playoff spot. The game is set for Prim Stadium Friday night at 7:30 p.m. It’s Senior Night and activities begin at 7 p.m.  Here is what the head coaches and Wildcat coordinators are saying about the game. Hear more on the KSST Pregame Show, 6:30 p.m. Friday.

Wildcats Football Coach Greg Owens discussed what he called a play-in game for the playoffs as the Wildcats host Hallsville Friday night on Senior Night at Gerald Prim Stadium. The winner is in and the loser out. Coach Owens described the Bobcats as a good technical team that is well coached and one that knows where they need to be on each play. He said Hallsville, Mt. Pleasant and the Wildcats are all very similar and the scores indicated that. Hallsville defeated Mt. Pleasant by four in overtime and the Tigers topped the Wildcats by a field goal. Concerning keys to the game, Coach Owens said the offense must take care of the football and control the line of scrimmage. He added the defense must tackle well and carry out their assignments. Coach Owens said he was pleased with the team’s intensity against Greenville. He said the laid-back team had bothered him some this year as he wondered what button to push to get the team’s motor running. Coach Owens said Hallsville had a quality receiver, two good running backs and a good quarterback. He said both teams lack great speed. Coach Owens said the Bobcats defense does a good job tackling. He described them as scrappy. Coach Owens said a game between these two teams in the past has often determined a playoff spot.

Coach David Plunk has found a home in Hallsville. He’s been there since 1998. He played his high school football at Kilgore under legendary coach James Cameron. Plunk graduated from Stephen F. Austin, also the alma mater of Wildcats Coach Greg Owens. Coach Plunk was hired by Sulphur Springs Coach James Cameron but he didn’t stay around here long. A varsity slot opened up on the Kilgore staff soon after his hiring here and Coach Cameron encouraged him to take it. Coach Plunk was also at Elkhart, Grand Saline and Cooper before getting the Hallsville job. The Bobcats have gone 2-7 his year. They are 2-3 in district play. The Wildcats are also 2-3 in district games and the winner of the game at Prim Stadium Friday will advance to the playoffs while the loser will be out. Coach Plunk says this has been a frustrating season for him. He’s had to battle injuries. He indicates a win Friday should brighten his outlook considerably. Coach Plunk says excluding district powers Marshall and Texas High, he feels the Wildcats and Bobcats are playing as good as anyone in the district. He says it’s fitting that the two teams will be determining a district playoff spot.

Wildcats Offensive Coordinator Matt Young said the offense had a good night but not a great night against Greenville in the 28-7 win at Greenville last Friday. Coach Young said there are still some things to clean up. He said he liked the energy the team played with. He said he was excited for receiver Matt Reynolds, who caught a 51-yard pass along the sideline. Coach Young said Reynolds had been an unsung guy who did a lot of blocking while catching a few short routes. He said Reynolds made a play when he got the chance. Coach Young said he liked the physical way the offensive line played and the way they took control of the game as it progressed. Coach Young used lots of players. Among them running backs Colton Allen, Cason Goodson and Searn Rodgers and receivers Reynolds, Austin Dodd, Cor’Tavius Pruitt and D.J. Hall. Coach Young said he was pleased with the offensive execution and their high rate of converting third downs, especially the third down and short plays. Coach Young said the key to the Wildcats getting into the end zone is the mix of runs and passes. Concerning Hallsville’s defense the Wildcats will see Friday at The Prim, Coach Young said the Bobcats are very well coached, their scheme is sound and they will play very hard. He said although Alabama wasn’t recruiting any of them, he said they featured lots of really good high school players that take pride in their jobs. Coach Young said he sensed that the playoffs are new for the Wildcats because they haven’t been there but he said they are beginning to notice that the excitement is building around town. The Hallsville game boils down to the winner advancing to the playoffs and the loser staying home.

Despite how well the Wildcats’ defense played against Greenville last Friday in a 28-7 Wildcats win, Wildcats Defensive Coordinator Triston Abron said he continues to hear about the big play that the Lions scored on. Greenville back Cadamion Hale went 98 yards for a touchdown. Coach Abron called it the big hiccup of the night. Other than that, Coach Abron said he was pleased by the defensive play. He said defensive linemen gave Greenville fits. He especially liked the defensive stand Wildcats backup defenders made late in the game. The Lions turned the ball over on downs. He praised defensive linemen D’Idrec Dugan, Cam Cooks, Jose Rodriguez, Haven Tennison, Tyreese Pryor, Isaiah Neale and Brenton Burnside. Also defensive backs Terrell Turman and Sebastian Adams and inside linebackers Easton Silman and Jaxon Reneau. When asked about the Hallsville offense, Coach Abron said they were a well-coached group that could find weaknesses to take advantage of. He said he is impressed with their top two running backs, their quarterback, their tight ends, receivers and the Bobcat offensive line. 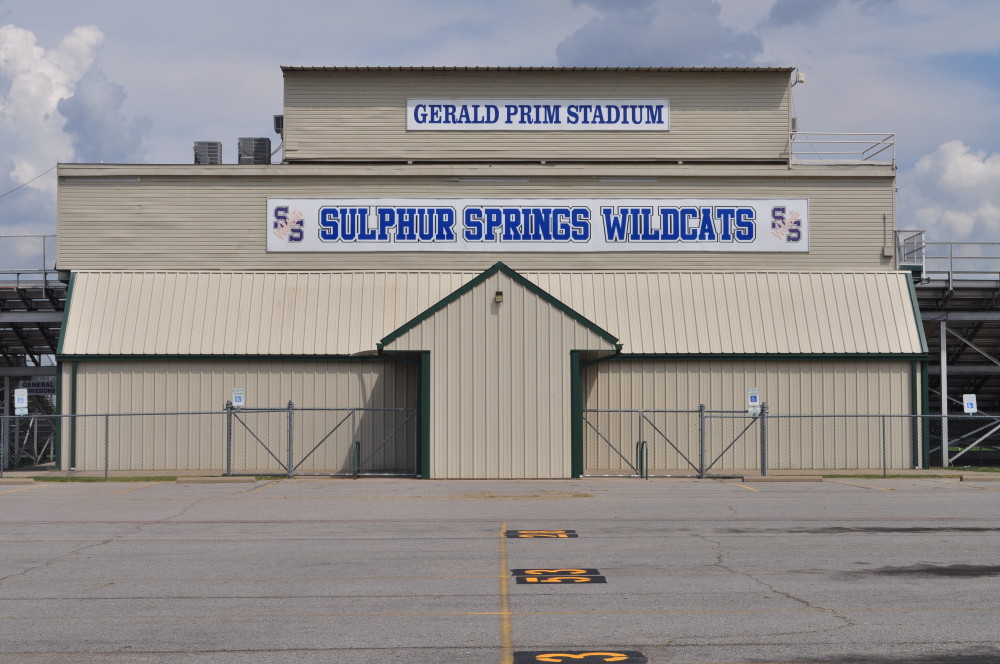