Wednesday’s NETBIO Annual Sale Was Bigger Than Ever

Home » Headlines » Wednesday’s NETBIO Annual Sale Was Bigger Than Ever

The November NETBIO Pre-conditioned Calf and Yearling anniversary sale held Wednesday at the Sulphur Springs Livestock Commission was bigger than ever — drawing hundreds of people and selling over 7,500 head of quality cattle.

A record 294 producers consigned a total of 7,565 head of cattle that were sold during the afternoon. 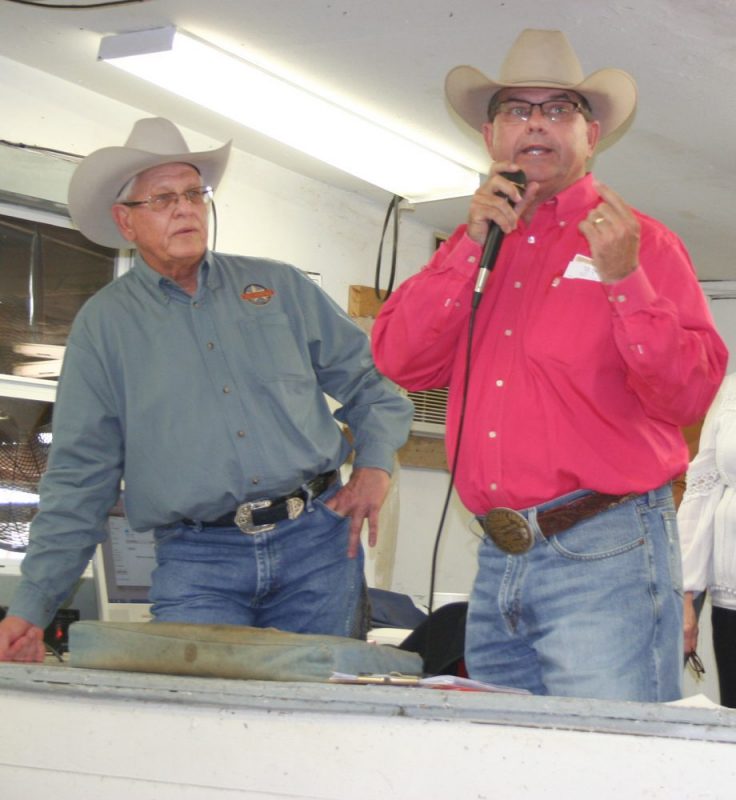 “We had a auction market full of people at sale time and they got to see a good sale,” said Sulphur Springs Livestock Commission co-owner David Fowler. “The market was good and light calves were in good demand. Several buyers bought these light calves to turn out to pasture.”

People came from throughout Texas and several other states to buy, sell, and in some cases just to see what the Northeast Texas Beef Improvement Organization, which began with a pre-conditioned sale in November 1998, is all about. 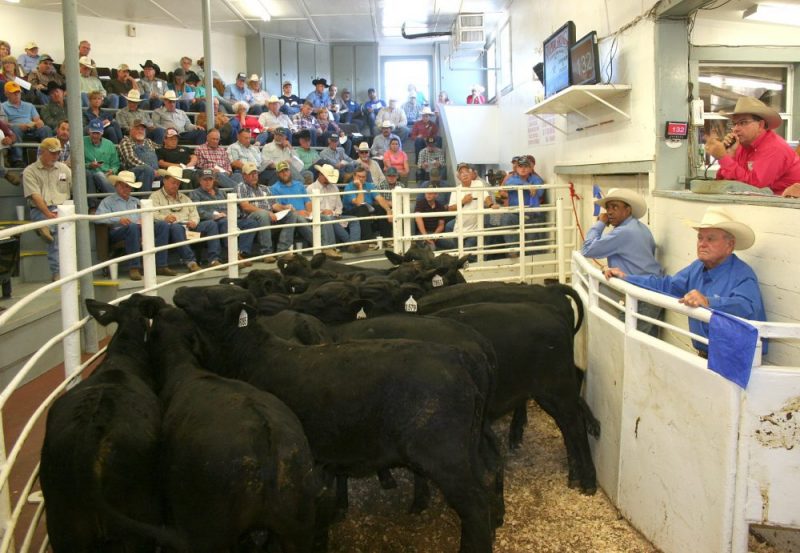 Auctioneer Joe Don Pogue works the capacity crowd for bids on this lot of cattle during the NETBIO anniversary sale Wednesday.

A total of 42 buyers purchased cattle during the sale. At the end of the day, Fowler said the market held steady and the calves and yearlings averaged $773.31 per head. There was also good buyer activity over the Internet, according to Fowler.

More than 400 folks enjoyed a big plate — or two — of BBQ and all the trimmings that was cooked up and served by the crew from the Sulphur Springs Livestock Café and sponsored by Alliance Bank. There was a lot of visiting under the tent and looking over the cattle from 11:30 a.m. until the sale began at 1 p.m.

“We were glad to see so many people come out,” Fowler said. “It was a strong market, the cattle sold well and people got to see an outstanding sale. And as usual, our employees at SSLC did an outstanding job of handling the cattle, which made the sale run smoothly.”

Producers are already getting their calves pre-conditioned for the next sale coming up on Jan. 18, 2017. Anyone wanting to consign to the sale are encouraged to call in or come by the market center for ear tags and consignment sheet