Wednesday morning Wildcats Athletic Director Greg Owens gave media members an update on renovation work at Gerald Prim Stadium and Lady Cat Park as well as plans for a new baseball field to be built near ECLC. He said Prim improvements will include replacing sod with artificial turf, redoing all the home side and installing new LED lights. Capacity should be 4,000 on the home side.

The stands will include room for the band and drill team. There will be no end zone seating. Concession stands, restrooms, ticket booth and a one-story press box will be rebuilt. Nothing will be done at this time to dressing rooms or to the visitors’ side which should be able to seat 2,000 to 2,200.

Demolition work is currently underway and it’s being done by the school district’s maintenance department along with county jail trustees. Coach Owens said safety concerns with the press box and home stands were factors in doing the work as well as the need to upgrade worn out facilities. The work will also eliminate the problem of not being able to schedule baseball and soccer games at the same time. Dirt work for the new baseball field is underway. Coach Owens said grass might be planted soon.

The softball field is undergoing a large makeover. A drainage system has been installed and new grass planted. The field was raised a foot to help it drain. A new fence has been put up. New dugouts are being built. A new scoreboard arrived Tuesday. The softball field will get a tarp. After this softball season, renovation will take place for stands, press box and concession stand. That work is expected to be completed along with work at Prim by August 1.The Wildcats first football game is September 1.

Baseball will play this season at Eagle Stadium. The new baseball field should be ready by the start of the 2018 baseball season.

Coach Owens said anything that can be reused is being reused to save costs. He placed the cost at between $8-million and $12-million. It’s being done mostly using maintenance notes with no bond issue or increase in taxes.

To accommodate the projects, soccer teams are moving this season’s games to the track field. Coach Owens said currently, work on the projects was on schedule or even perhaps ahead of schedule. 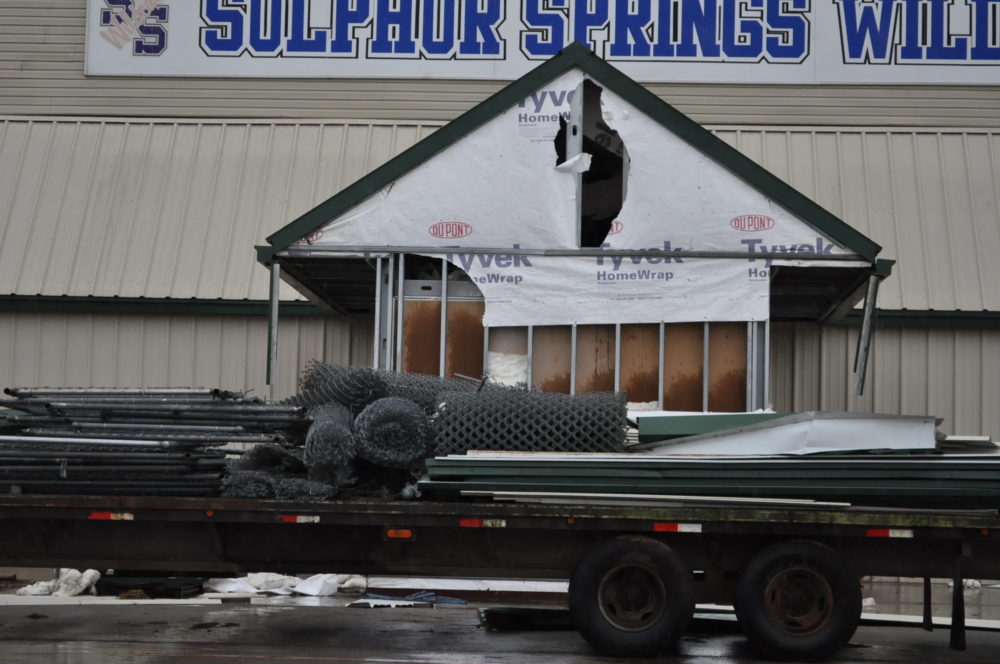