Lady Cats Basketball Coach Jeff Chapman discussed his team’s 51-40 win over Hugo, Oklahoma on the road Friday night on KSST Radio and Channel 18 TV’s Saturday Morning Coaches Show. Coach Chapman said Hugo was an athletic team that had been practicing for quite some time and had had six scrimmages. Friday’s game however was their season opener. Coach Chapman said Hugo creates a special atmosphere with rabid fans and loud music. Some fans evened made a lot of noise behind the Lady Cats’ bench, which made it hard for Coach Chapman to communicate with his players on the court.

The Lady Cats jumped out to a 6-0 lead and led 18-11 after one quarter. The Lady Cats outscored Hugo in every quarter. Coach Chapman said the Lady Cats played good defense. The Lady Cats won despite making 26 turnovers. Hugo had more according to Coach Chapman. The Lady Cats did shoot 53% from the field. They managed a sub par 7 of 15 from the free throw line and hit just 2 of 11 from three point range. Tori Moore and Sadavia Porter made the threes. Coach Chapman said he expected three point shooting to improve as the girls get more into shape. Kaylee Jefferson and Sadavia Porter had 15 points each. Tori Moore had 8. Autumn Tanton and Destinee Weeks added 4 each. Imani Taylor had 3 points and Daieyshia Pruitt had 2 points. Jefferson had 8 rebounds and Pruitt 7.

The Lady Cats now play Paris Tuesday afternoon. Freshmen play at 1 p.m. The JV game should start at around 2:15 p.m. The varsity contest should get underway at around 3:30 p.m. or 4 p.m. The Lady Cats are 3-1 so far this season. 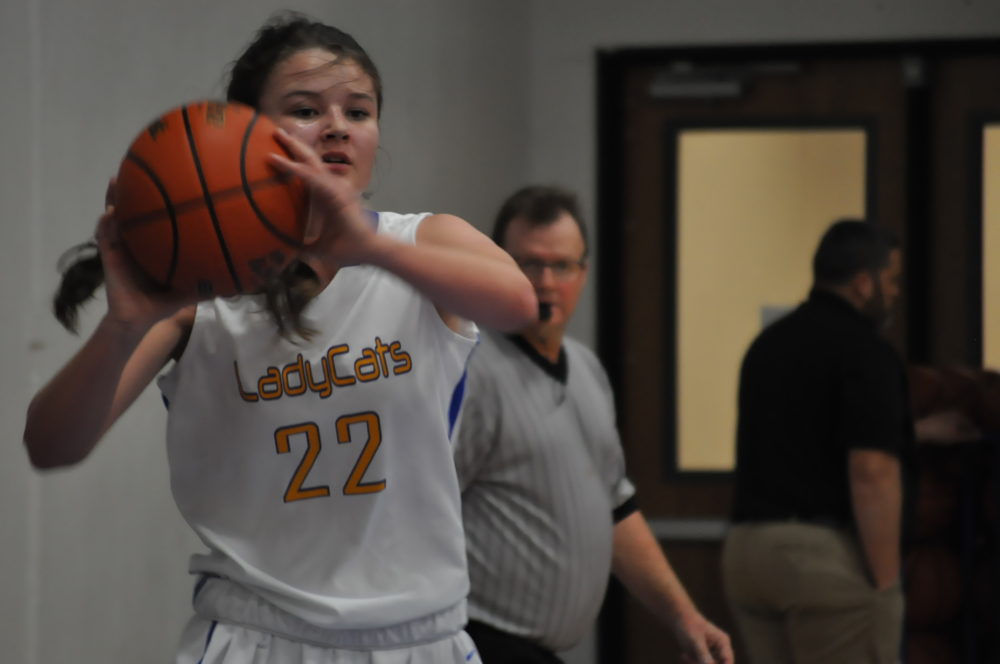