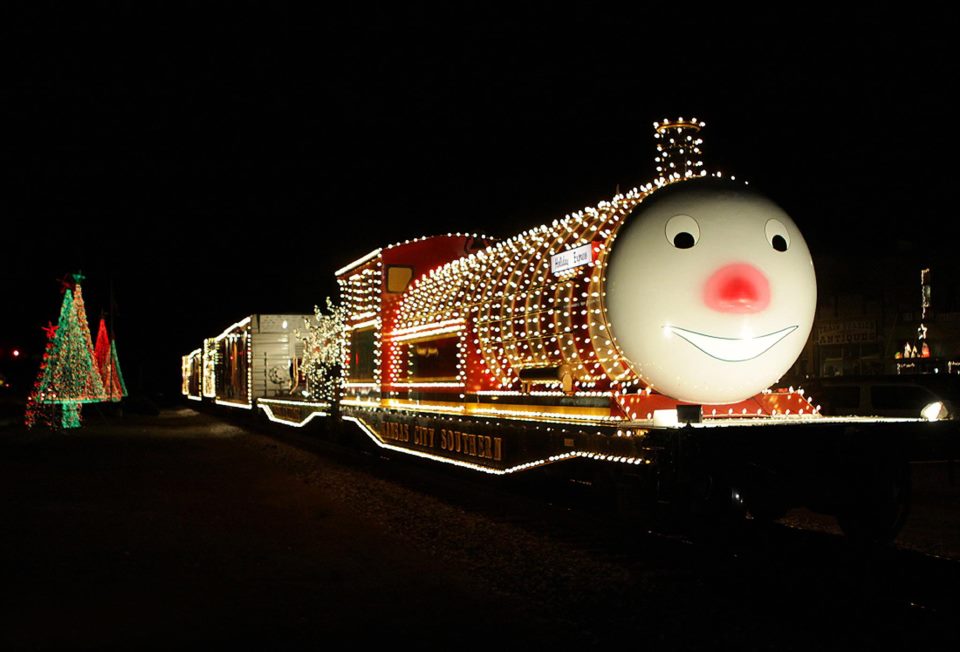 Kansas City Southern’s Holiday Express will arrive in Greenville at Stonewall Street Under Johnson Street Overpass at 4 p.m. November 26 and in Winnsboro Between Walnut and Main Street (Behind the Old Depot) November 27 at 4 p.m. The 16th annual Holiday Express will distribute a total of $153,290 in gift cards to The Salvation Army at stops along the Holiday Express route that begins in Wylie, Texas November 5th and ends in Kansas City, Missouri December 20th.  The gift cards are designated for the purchase of warm clothing and other necessities for kids in need.  The train will stop in 22 communities in seven states on 26 dates.  The complete schedule is available on the KCS website.  At each stop, visitors can board the train, visit with Santa and his elves and tour the inside of three cars of the festive six-car train.  Each event is free and open to the public.

The KCS Holiday Express was built on the tradition of the Santa Train, which ran on a rail line bought by KCS in 1997.  In 2000, a group of warm-hearted KCS employees noticed that the Santa Train was the only Christmas some kids had, and that some kids did not have essential items like coats, hats and gloves, so they committed to elevating the project.  In 2001, volunteers transformed a retired freight train into the experience that communities enjoy today.

Headquartered in Kansas City, Mo., KCS is a transportation holding company that has railroad investments in the U.S., Mexico and Panama.  Its primary U.S. holding is The Kansas City Southern Railway Company, serving the central and south central U.S. Its international holdings include Kansas City Southern de Mexico, S.A. de C.V., serving northeastern and central Mexico and the port cities of Lazaro Cardenas, Tampico and Veracruz, and a 50 percent interest in Panama Canal Railway Company, providing ocean-to-ocean freight and passenger service along the Panama Canal.  KCS’ North American rail holdings and strategic alliances are primary components of a NAFTA Railway system, linking the commercial and industrial centers of the U.S., Mexico and Canada.