It was a tough night for the Wildcats at Gerald Prim Stadium Friday night as Marshall defeated the Wildcats, 56-13 in a district game. The turning point of the game occurred with about seven minutes left in the second quarter as Mavericks linebacker Sheldon Williams intercepted a Wildcat pass in the flat and returned it for a touchdown.

A 14-7 Wildcat deficit increased to 21-7. Marshall scored four more touchdowns in the second and third quarters to run the score to 49-7. The Wildcats managed to score on a touchdown pass from quarterback Ryan Humphries to receiver Simeon Taylor in the second quarter and on a one yard TD run from back Searn Rodgers in the fourth quarter.

The Wildcats and Marshall are now both 1-1 in district play. Both now have 2-4 records as well.

The Wildcats will play Texas High on the road next Friday night. 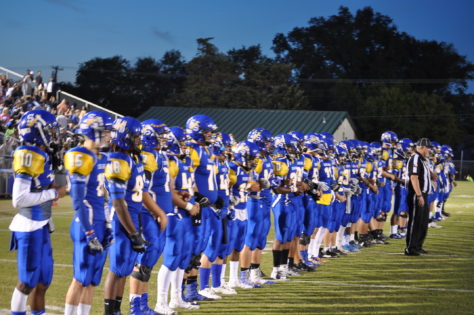