AUSTIN – With 3 out 4 child car seats improperly installed, the Texas Department of Transportation encourages all caregivers to make an appointment for a free inspection at the agency’s 25 statewide district offices. TxDOT reminds all Texans that properly restraining their children while riding in vehicles is an everyday, year-round responsibility. It’s also the law.

“We are determined to educate parents and caregivers in Texas about the importance of buckling their child into the correct car seat for their age and size,” said TxDOT Executive Director James Bass. “It’s not only the law, but we’re also trying to save lives through proper use of safety seats.”

As part of national Child Passenger Safety Week, Sept. 18-24, TxDOT reminds drivers that Texas law requires all children under 8 – unless they are taller than 4 feet 9 inches – to be in a car seat whenever they ride in a passenger vehicle. Failure to properly restrain a child can result in a ticket of up to $250. In 2015, 83 children younger than 8 years old were killed in crashes in Texas. In 2014, that number was 81.

According to the National Highway Traffic Safety Administration, 3 out of 4 child car seats are not properly installed. Common child safety seat errors include: installing the seat too loosely; putting the harness straps through the wrong slots; leaving harness straps too loose; positioning the chest clip incorrectly; and using the wrong seat belt path.

Drivers should refer to their specific car seat manufacturer’s manual for instructions on how to install the safety seat. The vehicle owner’s manual also includes information on the proper placement of the car seat and proper use of the seat belt or LATCH system.

To schedule a free car seat check with a nearby TxDOT Traffic Safety Specialist, text the word “seat” and your ZIP code to 876526. Drivers also may visit SaveMeWithASeat.com to learn if a child should be in a rear-facing seat, forward-facing seat or booster seat.

During Child Passenger Safety Week, a TxDOT safety demonstration van will travel the state to show caregivers how to choose and install the correct car seat for their child. TxDOT also is conducting special local celebrity story times featuring the newly released children’s book, “Bernard in the Backseat.” The book features a lovable teddy bear taking his first car ride. A free digital version of the book is available at SaveMeWithASeat.com. 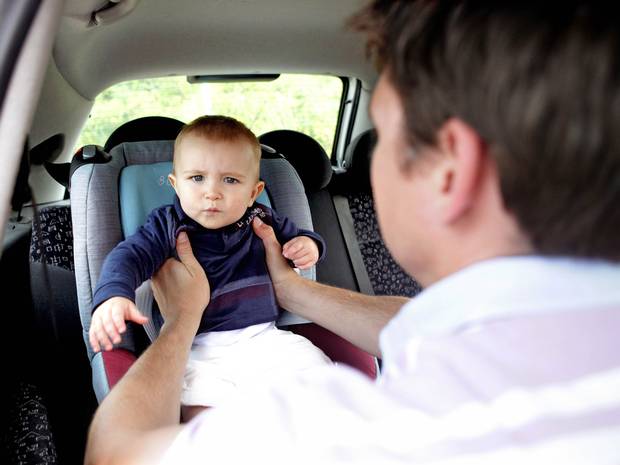