A key moment occurred for the Lady Cats’ volleyball team Friday afternoon as they trailed Greenville, 20-16 in their first set in Wildcats Gym. Lady Cats Volleyball Coach Justin Maness called timeout and strongly challenged his team to snap out of it. He told them they weren’t mentally in the gym yet.

After the match, Coach Maness said the team had a lot of things on their mind and their focus was not where it needed to be at first. The Lady Cats responded and took nine of the next ten points to capture set one, 25-21. The Lady Cats went on win the match 3-0 by taking the next two sets 25-18 and 25-19. Kaylee Jefferson led the Lady Cats to victory with a team leading 11 kills and 10 digs. She also had one block assist. Tori Moore had 22 assists. Anden Hammack contributed three service aces and 8 digs. 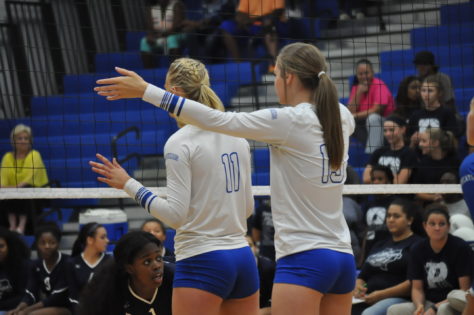