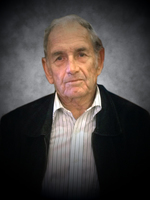 Mr. Kenneth Nixon, age 79 of Winnsboro, passed away on Saturday, September 10th, 2016 in Winnsboro. He was born on July 9th, 1937 in Ingleside, TX, to the late William Nixon and Jessie Flinn Nixon. He was retired from Pioneer Chemical Company and the U.S. Postal Service.

Mr. Nixon was preceded in death by his parents and sister, Laverne Griffin.