Campbell Back in Hopkins County Jail for Failure to Appear, Bail Jumping Endangerment of a Child Charges

Home » Featured » Campbell Back in Hopkins County Jail for Failure to Appear, Bail Jumping Endangerment of a Child Charges 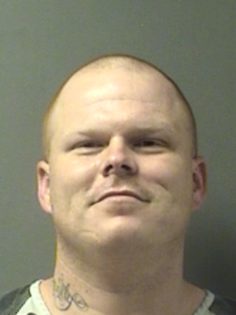 Jeremy Don Campbell, 29 of Sulphur Springs is in Hopkins County Jail charged with Failure to Appear-Abandon Endanger Child Imminent Danger Bodily Injury and Bail Jumping Failure to Appear. He is being held on $150,000 bond for bond forfeiture in the failure to appear and $50,000 for bail jumping.He was arrested at the Dallas County jail.

Campbell and his wife are charged with endangerment with eminent bodily injury of an 8-month old child. The man and woman from Sulphur Springs were arrested Wednesday, May 18, 2016 for endangering their child. The female child had tested positive for methamphetamine. The parents also tested positive. Don Campbell and 27-year old Crystal Leeann Allen Campbell were charged at that time with endangering a child with eminent bodily injury.

Special Crimes Unit Lt. Harold McClure told KSST News that Child Protective Services brought an investigation they were conducting to the Sulphur Springs Special Crimes Unit. Based on review of the CPS and the Crimes Unit investigation, the 8th Judicial District Attorney’s office sought and obtained an arrest warrant. McClure said the child had been subjected to second hand smoke as the parents smoke the meth. He added that the handling of the methamphetamine and then handling the child in everyday parental care, such as changing a diaper or holding the child, would subject the child to the substance.  At that time Child Protective Services had taken custody of the child and placed her in foster care.