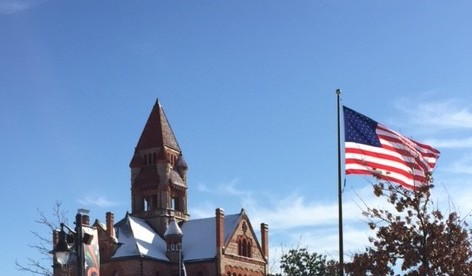 A team of 20 doctors and medical professionals concluded the need for surgery that is intended to prevent or reduce the number of seizures she has been experiencing.

The day has been established to urge the citizens of Hopkins County to join in prayer for Eisley and her family and to urge financial support for the expenses incurred.

WHEREAS,     Eisley Henderson was born on June 8, 2012 in Sulphur Springs.  Her parents are Timmy and Magan Henderson and are longtime residents of Hopkins County; and

WHEREAS,     When Eisley was one year old, her parents noticed that she was experiencing seizures that vastly affected her cognitive and physical development.  Eisley underwent surgery at that time but has continued to have seizures.  At times, Eisley has experienced 30-40 seizures a day; and

WHEREAS,    A few weeks ago, Tim and Magan took Eisley to the Cleveland Clinic, a non-profit multi-specialty academic medical center located in Cleveland, Ohio, established in 1921. A team of approximately 20 doctors and medical professionals concluded that Eisley needed another surgery to prevent or reduce the number of seizures she has been experiencing; and

WHEREAS,     Today, August 3, 2016 is the date of that surgery.  We urge the citizens of the City of Sulphur Springs and Hopkins County to join in prayer for Eisley and her family during this trying time in their lives.  In addition, continued medical expenses for Eisley’s medical care have been very expensive.  To help, friends, neighbors and church members have hosted garage sales, bake sales, sold T-shirts and raised donations for Eisley’s medical care.  We urge our citizens to support Eisley and this family, not only with prayer, but any financial support possible; and

NOW, THEREFORE, I, Robert Newsom, Hopkins County Judge do hereby proclaim August 3, 2016 to be recorded and forever remembered as the:

In Witness Whereof, I have hereunto set my hand and caused to be affixed the Great Seal of the State of Texas, in SULPHUR SPRINGS, the County Seat, this the Third day of August in the Year of our Lord, Two Thousand and Sixteen.