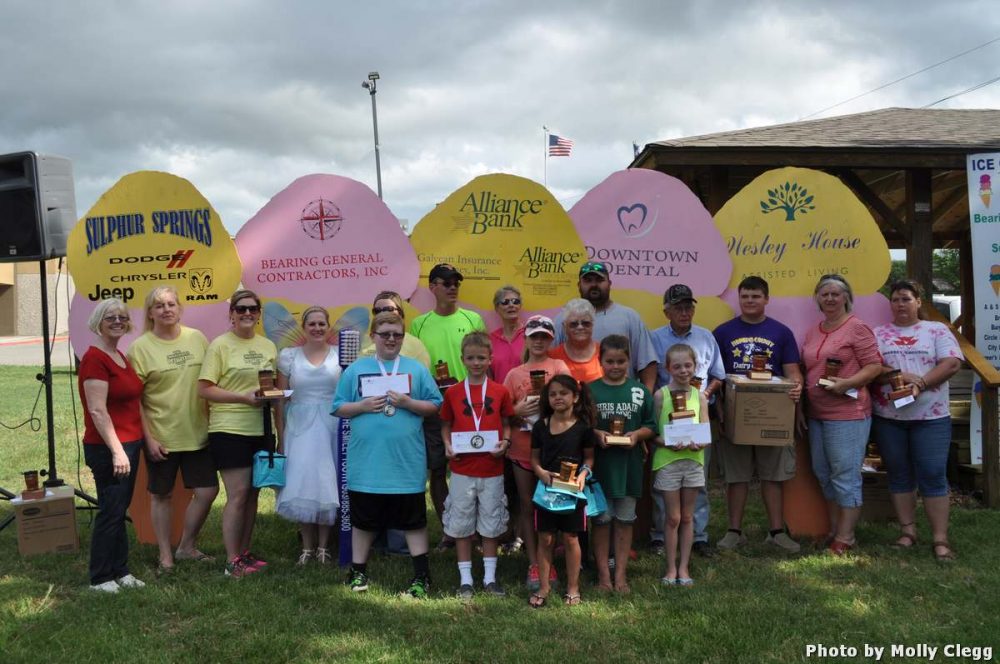 The Texas State Championship Ice Cream Freeze Off, overseen by Chamber of Commerce President Meredith Caddell, is set for Saturday, June 11 at 4 p.m at the grounds of the Hopkins County Civic Center. This will be the 15th year of the annual competition as part of the Hopkins County Dairy Festival. Entries in the competition will be split into two main divisions: Little Dip for ages 12 and under, and Big Dip for ages 13 and older. Another division is also being added this year for the first time. The First Timers division will allow contestants that are new to the competition to compete separate from other entries that have competed for several years or more. Past first place winners in each category will compete in the Super Scoop division, helping separate the first timers from veterans for accurate judging.

The categories for the Little Dip division include Plain, Fruit, and Novelty. The Big Dip division will have Plain, Fruit, Novelty Fruit, and Novelty Other. Each category averages six to 15 contestants, with the largest category being Novelty Other for the Big Dip division. Ice cream will begin serving at 4 p.m. at the same time as judges begin sampling each contestants entry. The judges are scheduled to conclude at 5 p.m., and winners will be announced.

The cost for people to purchase a bowl and spoon for the Freeze Off is $3 for unlimited ice cream. In past years, the Freeze Off has averaged roughly 800 to 1,000 visitors.