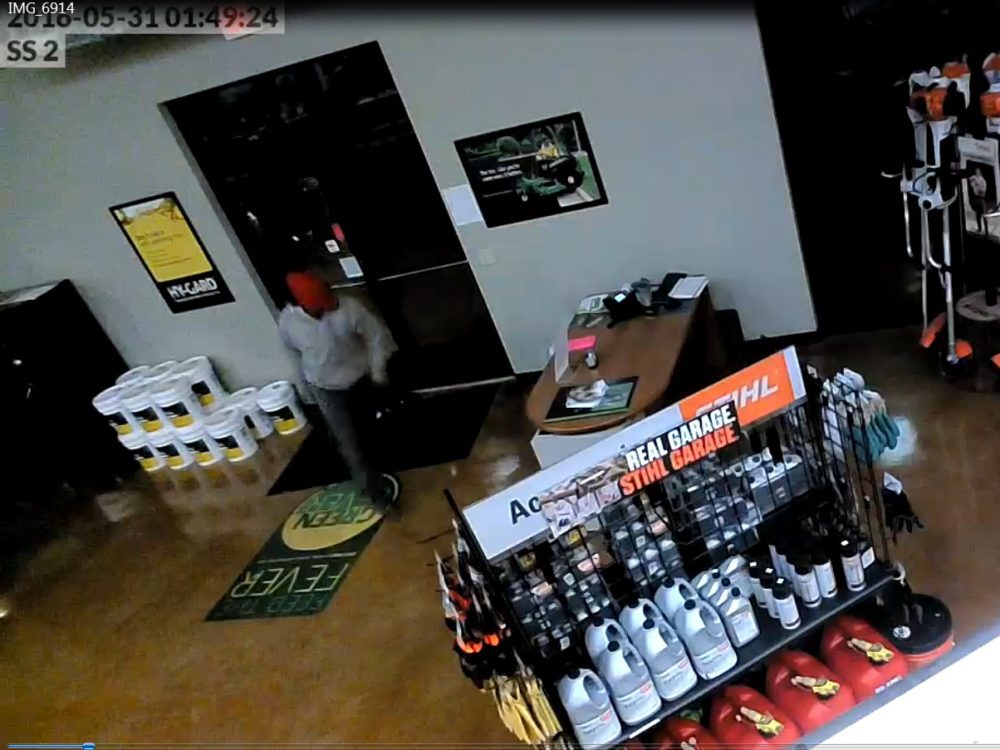 Tuesday morning, May 31, 2016. At 1:50 a.m. a burglar broke the glass front door and gained entrance into AG-Power at 3454 I-30 in Sulphur Springs. While removing two Stihl Pole Saws, he set off the alarm at the location. This is one of a rash of such burglaries that are happening in the North Central and Northeast Texas area. This time, law enforcement has a video.

According to Hopkins County Sergeant Corley Weatherford, the subject captured by the video may have been accompanied by a second person. Weatherford says this is the first of these burglaries that has provided a lead for investigators. The unique walk of the burglar could be an asset. The suspect walks as though in leg irons.

The pole saws taken at the Sulphur Springs Ag-Power are valued at $600 each but other burglaries, such as Mt Pleasant and Terrell have involved saws valued at $2,000.